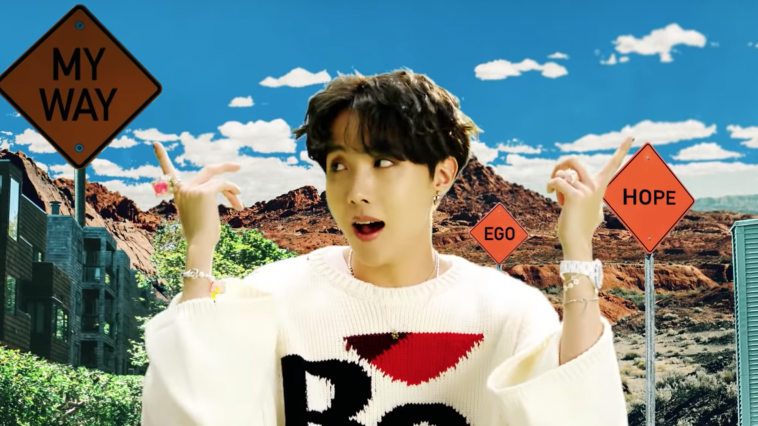 With ‘Map of the Soul: 7’ edging closer and closer, BTS have given us the third taster of the album in ‘Outro: Ego’ led by J-Hope.

Lyrically, the song discusses the seven years of BTS’ career and how the path that led to the present day J-Hope hasn’t been easy. However, he accepts the path was chosen by fate and is willing to keep on that lane.

The comeback trailer’s music video visualises the lyrics with throwback moments of all the previous BTS music videos and even images of a younger J-Hope to add to the nostalgia.

The previous tasters for the album so far have come in the form of Interlude: Shadow and Black Swan, which have touched on the darker sides of BTS’ career. Interlude: Shadow discussed the fears of being at the top of the industry can feel whilst Black Swan sang of the worries and upsets around one day losing the passion they have for music. So far, the album leads to following the journey of BTS’ career from debut to being the biggest group in the world right now and how it feels being on that path.

You can watch the video for Outro: Ego below and don’t forget to let us know what you think by tweeting the CelebMix account!

Map of the Soul: 7 is due for release on February 21st worldwide