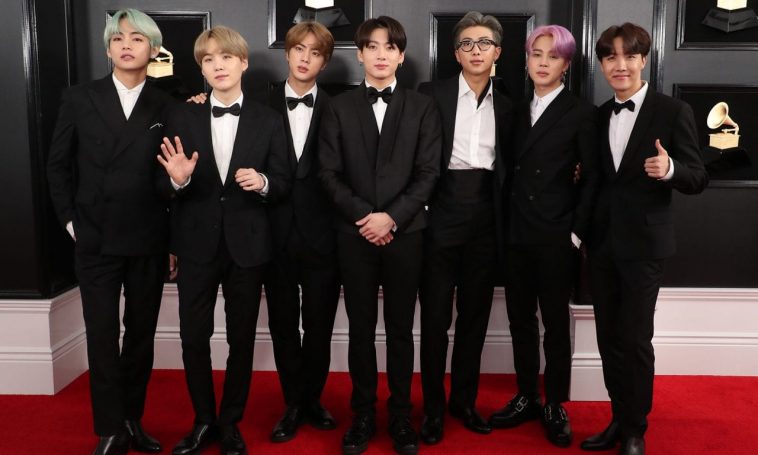 Two years after making their official US debut performance with DNA in 2017 at the AMAs, BTS has just been announced as one of the guest performers at this years Grammys. While this sounds incredible and ground-breaking in theory, the performance is part of a collaboration stage for Lil Nas X’s smash hit Old Town Road. Almost two years ago, CelebMix posted an article discussing the treatment of BTS in the Western market and sadly in the year of 2020, they are still not being taken seriously or respected in the ways you would expect them to.

As of January 2020, BTS have now received 3 platinum single certifications by the RIAA for Mic Drop Remix, IDOL and Boy with Luv. In terms of albums, Love Yourself: Answer has just gained a platinum certification and Map of the Soul: Persona and Love Yourself Tear have become certified gold. The group have completed a sold-out stadium tour and will be embarking on another stadium tour later this year. Furthermore, they have challenged themselves musically and remained releasing consistently good music while doing so.

The Grammys already shocked fans and music journalists alike by snubbing them of a nomination for this years ceremony, especially after they outsold the majority of nominees. Had any other American artist completed these achievements, they would be immediately rewarded and showered with opportunities. So why are BTS not being offered their own solo performance slot instead?

The answer is simple; despite these phenomenal achievements, BTS are still treated as a commodity and used for clout in the West. Radio DJs will not automatically spin a new BTS single on the radio but instead, ask for a certain number of retweets and likes before being played. In statements about BTS presenting at the Grammys in 2019, all reporters pointed to the increase in viewers and how it benefited the show overall as a result. Whether BTS present or take part in a 20-second verse during a collaboration stage, networks know that people will tune in for them and therefore don’t feel like they need to actually reward their success. Even when BTS are given stages at American award shows, cameras focus more on the fans rather than the septet to try and ‘show’ the popularity but in turn, take the focus away from their performances which would allow viewers to see how good they actually are.

The Grammys have brought BTS in to present, added them to the committee and used their outfits in the Grammy museum but still refuse to actually acknowledge the musical and cultural impact that they have had and give them the platform to showcase it. Ex Grammy president Neil Portnow once told female artists that they needed to ‘step up’ in order to be nominated but in reality, the Grammys need to step up and give BTS the opportunities that they have given their white counterparts who have done half in comparison. The Oscars opened the doors for Parasite to be acknowledged with six nominations this year. Grammys, do better.