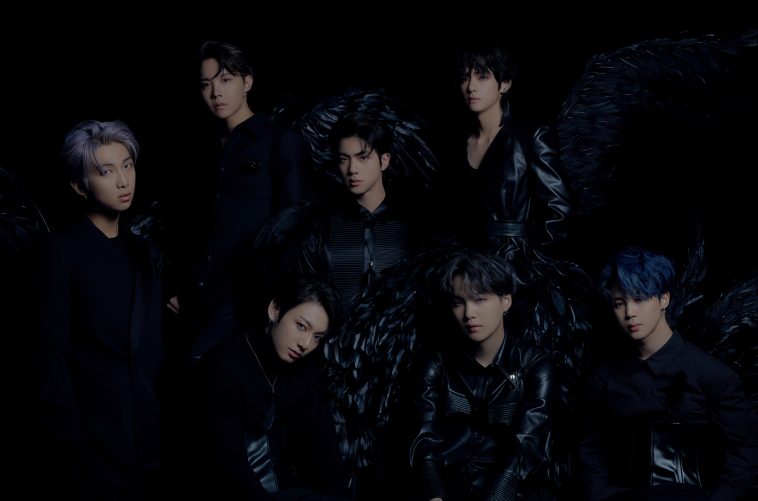 Due to the first five tracks coming from the MOTS: Persona era, the review will focus on the remaining 15 tracks.

Anticipation has been incredibly high to see where the global stars will take the next step of their career after their longest hiatus between releases. After a 10 month gap and their first extended break in 6 years, Map of the Soul: 7 shows a clear maturity to the group as they enter their seventh year as a band.

Sonically, the album is much more cohesive compared to previous BTS releases. While the boys have still stuck to their genre-jumping ways, which elevated them into being one of the most diverse artists in the game currently, the album feels better put together. No track feels out of place within this album and each is vital to telling the narratives of 7. The album also has writing credits from every single BTS member, making the personal levels of the record that oh so more prominent.

Comprised mainly of subunits and solos, the album remains feeling full of BTS. Each solo track tells a story of the seven members and allows more vulnerability to be explored. RM’s anthemic Intro: Persona speaks of him wondering who he is, Interlude: Shadow speaks on Suga’s fears of being this global star, My Time expresses Jungkook’s feelings of debuting in a group at 15 and growing up in the public eye, a terrifying thing for anyone to go through. Outro: Ego, while being flooded with upbeat almost carnival style instrumental, speaks on J-Hope reflecting on his struggles since their debut in 2013.

The solo tracks are not all hard cuts, with the remaining three members expressing their individuality. Filter is Jimin’s moment to shine, overflowing with confidence as he sings of knowing his worth. Inner Child, one of the most touching tracks in the hefty album, is a letter from member V to his younger self with a positive chant of “we gon’ change” as a reminder that things will be better. Moon is a love letter from Jin to their dedicated fanbase ARMYs. Each solo track adds a further layer and emphasises the title ‘7’ so much more. The stories of each of these men individually all intertwine into the overall narrative arch of who BTS are and what their mission as artists are; to be honest and make music for comfort.

Aside from the solos, the subunit songs add further emotions to the album. BTS became known for their songs on social commentary and once again prove their messages to be incredibly relevant. Ugh! is most reminiscent of BTS’ old music; a hard-hitting rap track criticising anonymous online abuse and during recent times this song could not be more relevant than ever. Zero O’Clock performed by BTS’ vocal line encourages listeners that they “will be happy”. The beautiful message accompanied by the gorgeous vocals from the four members makes the track the best vocal subunit track from the group to date. The back to back messages of the tracks assists one another in the tale of upset and causes of upset within not only the group but society itself.

Further subunits come in the form of Jimin and V’s sickeningly sweet duet Friends. Co-written and co-produced by Jimin, the heartfelt track speaks on the years of his friendship with V and what they mean to one another. While RM and Suga showcase their versatility in rap styles on Respect, gliding across an infection beat.

Outside of the subunits and solos lays four incredibly diverse group tracks that help tie the story of BTS over the last seven years together into one neat package. The emo hiphop Black Swan, which was released prior to the album, introduces the fear of losing passion for music and wondering what happens if that passion fades. Louder Than Bombs, the long-awaited written collaboration between BTS and Troye Sivan, is a track of pure duality. The sensual R’n’B influenced instrumental is a sheer contrast from the heartbreaking lyrics, speaking on struggling and trying to stay afloat for those around you and of course for yourself. Not shying away from discussing their hardships has never been a problem for this group but being as blunt and honest on record is a step into the more mature BTS as they enter this next stage in their career.

The lead single ON has solidified itself as their most proud title track to date. After their 2018 summer track IDOL proudly told the world “you can’t stop me loving myself” you couldn’t help but wonder if BTS would sing that proud of themselves on a lead single again. ON slaps you in the face with the realisation that BTS are aware of their collective power and are proud of rising from their hardships and reaching this level of power in the industry. The seven guys sing “bring the pain on” as they are painfully aware that this life is never as easy as it can look from the outside, but they are willing to take it on if it means they can continue the passion they have.

The final group track comes in the stripped back and revamped form of We are Bulletproof: The Eternal. Taking from one of their debut tracks We are Bulletproof: Pt 2, the final group effort encompasses everything that BTS has endured throughout their career, from the late night practices and dreaming of, from the mockery they faced as they entered the industry and now going from “only seven” to having “all of you now.”

Overall, Map of the Soul: 7 encompasses the seven years of BTS into one 20 track record. Opening up and being more vulnerable and honest than ever before, BTS expose their personal worries and journeys as individuals and as a collective, using this pain and producing incredibly well written and well produced tracks. Growing from this pain and feeling pride from where they have come from, the septet showcase more maturity in expressing themselves. Map of the Soul: 7 is THE album for truly getting to see who BTS are and prove to those who haven’t ever given them a chance before why you have to.

Let us know your favourite from Map of the Soul: 7 by tweeting the CelebMix account!