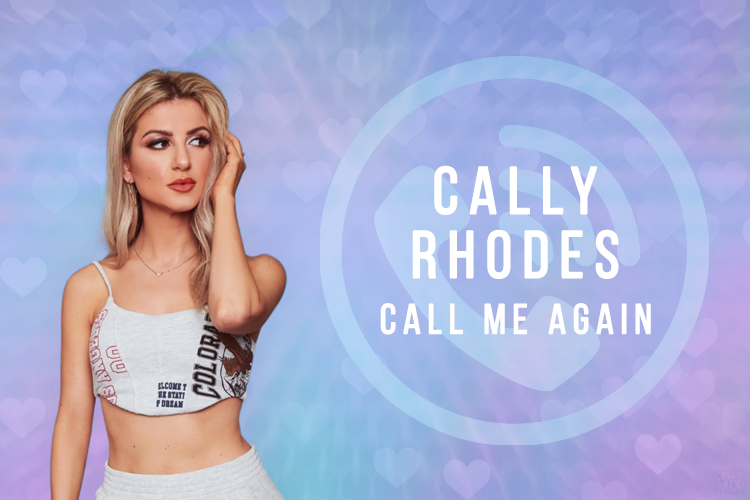 If you’re looking for a fresh feel-good tune, look no further than ‘Call Me Again’ by Cally Rhodes. We’ve been playing the rising star’s incredible new single all night until the morning light!

At its essence, ‘Call Me Again’ is about being there for someone through all of the highs and lows. Cally lets the listener know they can speak to her about absolutely anything without fear of judgement. When they’re feeling alone, she is happy to be their lifeline.

The heartfelt track, which was written by Cally, features romantic undertones and a catchy chorus that will have you singing along in no time. It was produced by Rich James and Dan Heale.

Speaking to us exclusively about her new single, Cally Rhodes said: “I really hope ‘Call Me Again’ lifts people’s spirits and makes them feel good. People have a lot of worry in their lives right now, so I want my listeners to feel carefree and happy!”

‘Call Me Again’ has been released via LoudKult and it is available here on all digital platforms. The song has received a fantastic response since it premiered and Spotify added it to their following playlists: New Music Friday UK, Happy Pop Hits and New Pop UK.

Over the years, Cally has released tons of incredible tracks and we’d definitely recommend that you check them out. Her single ‘Downfalls‘ is a favourite of ours and she recently collaborated with Redondo and Adam Griffin on their dance hit ‘Neon Boulevard‘.

With every release, Cally continues to prove that she’s one of the hottest new talents in the industry. Keep the Welsh songstress on your radar by following her on Twitter, Instagram and Facebook.

What do you think of ‘Call Me Again’ by Cally Rhodes? Will you be listening to her uplifting new single again? Let us know over on Twitter @CelebMix!