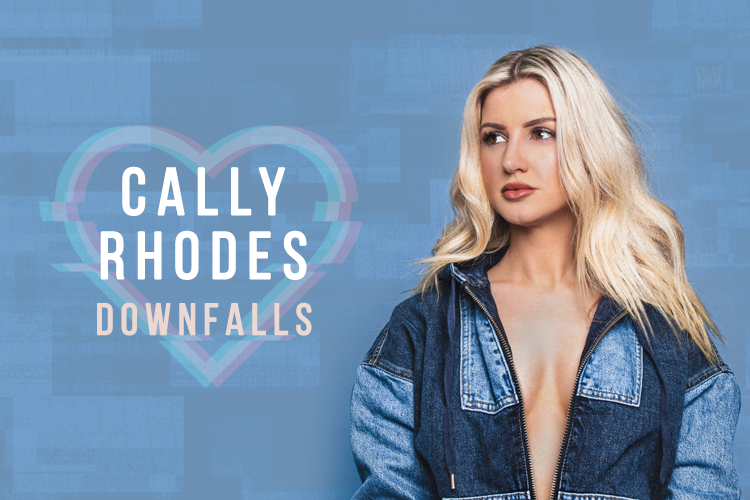 By addressing her flaws in a previous relationship, Cally Rhodes has crafted a breakup anthem with a difference. Her new single ‘Downfalls’ is both introspective and incredible!

Laying honest lyrics and heartfelt vocals over an addictive beat, Cally opens up and apologises to an ex for her actions. The Welsh songstress, who has experienced worldwide streaming success, wrote ‘Downfalls’ with Rich James Roberts and it’s an absolute pop gem from start to finish.

Speaking to us exclusively about her latest single, Cally said: “‘Downfalls’ is an upbeat and candid song apologising to an ex about the way I acted during a past relationship. I think we’re living in a world where it’s really easy to write songs and criticise our exes but I wanted to flip that on its head and write a song where I apologise for my downfalls.“

‘Downfalls’ is available on all digital platforms here. The catchy track follows Cally’s previous single ‘Too Close‘ which touches on the struggle to understand one’s own self-worth. With each and every release, Cally adds to her already incredible discography.

Cally’s impressive vocals can also heard on ‘Sad Song‘ by Dualities. The collaboration, which was only released last month, has already reached nearly half a million streams on Spotify. After hearing the track, we’re not surprised that it’s proven to be so popular.

As we predicted, 2020 has been a fantastic year for Cally Rhodes so far. The songbird, who recently supported Louise Redknapp in Cardiff, continues to make waves in the industry and she has more tunes on the way soon. You can keep up with Cally via: Twitter, Instagram, Facebook and YouTube.

What do you think of ‘Downfalls’ by Cally Rhodes? Will you be adding the song to your playlists? Make sure you let us know over on Twitter @CelebMix!