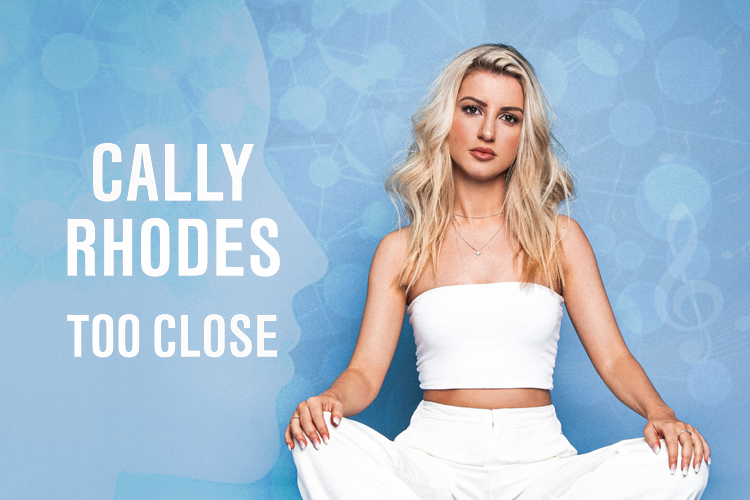 By opening up about her insecurities and showcasing her vulnerability, Cally Rhodes has crafted a powerful and important pop song. The rising star’s new single ‘Too Close’ is a must listen!

At its essence, ‘Too Close’ is about struggling to understand one’s own self-worth. When things go wrong in life, it’s sometimes easy to feel like you’re not good enough and those are the feelings Cally describes. We’re sure the lyrics will resonate with many listeners on a truly deep level.

The touching track, which was produced and co-written by Rich James Roberts, is arguably Cally’s most personal release to date. The songbird’s voice is strong throughout but we’re particularly impressed by her phenomenal vocal run in the final ten seconds.

Speaking about the inspiration for her brand new single, Cally Rhodes said: “‘Too Close’ is a personal song about my struggles with mental health. It’s candid and comes straight from the heart. I feel society is at its most judgemental because of social media, we’re constantly comparing ourselves to others and I’ve definitely been guilty of it in the past. I wanted to sum up these feelings of insecurity in a reflective pop song.“

‘Too Close’ is available on all digital platforms here. The pensive single featured on seven of Spotify’s New Music Friday playlists and it’s the first song to be lifted from Cally’s forthcoming five-track EP. We’re excited to hear the rest of her new material.

In terms of live shows, Cally will be performing at the Brasserie Abode in Manchester on the 31st January. She also recently impressed crowds as the support act on The Midnight Beast’s UK tour.

With an incredible new single to her name, 2020 is off to a great start for Cally Rhodes. We can’t wait to see what the rest of the year has in store for the Welsh songstress. Make sure you keep up with Cally via Twitter, Instagram, Facebook and YouTube.

What do you think of ‘Too Close’ by Cally Rhodes? Are you loving the song as much as us? Make sure you let us know over on Twitter @CelebMix!