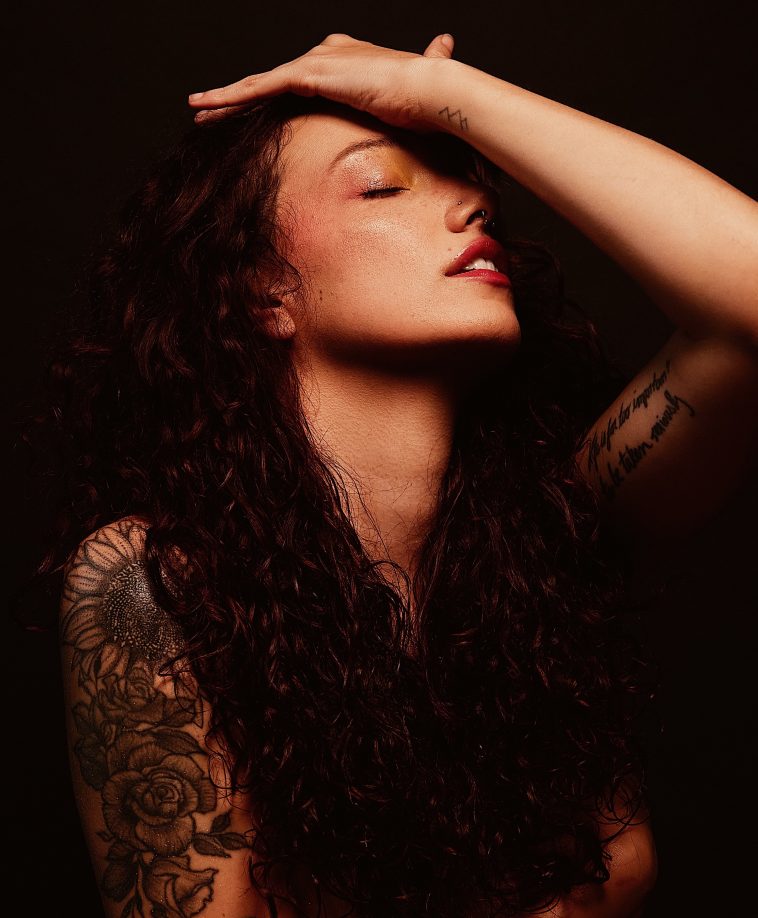 Processed with VSCO with a4 preset

Canadian dark alt-pop singer-songwriter POESY just released her new single “Still Breathing”, from her upcoming debut full-length album. The exceptional artist, who has charted on the Billboard Top 40 with her single “Soldier of Love” and was also chosen as a songwriter for the Canadian Games this year, has been deemed “choir girl gone rogue” with her unique taste and uninhibited delivery.

In “Still Breathing”, POESY narrates moving through hardships, remembering that through all of life’s uncertainties, disappointments and setbacks, we can choose to breathe and move forward in life. In collaboration with acclaimed UK producer Stephen Lipson, whose credits include Annie Lennox and Billie Eilish amongst many others, the song features POESY’s signature out-of-this-world vocals, masterful lyricism, and edgy pop-rock production that feels raw, immersive and cathartic. POESY sings, “cause you’re nothing, and I’m still breathing,” which is highly relatable to anyone who has been in a toxic situation for too long.

On the song, POESY wrote a personal essay:

He always told me never to use his name.

I’m not sure why he’s so precious with that small arrangement of letters. He claims it’s an extension of self-hatred. But even in this introductory moment, though veiled in a thin layer of pity, I find it hard to believe someone so charming and acerbic could be buried beneath that much loathing.

Once he describes himself this way to me. Acerbic. I’m unsure of the exact definition and when I stare at the words, “sharply or bitingly critical, sarcastic, or ironic in temper, mood, or tone; tasting sour or bitter”, I feel a too-cold blanket of something ominous wrap itself around me. It’s heavy, it’s wet. It sticks to my bones and leaves me chilled and discombobulated.

There are only a handful of times I can remember using his name, and those ones had to be asked for. Earned. If I play my cards just right and sidestep every capricious decoy with ease (This is of course a trap because 1) some of the cards aren’t in my hand 2) he is the disorganized maker of all of them and 3) the ones he’s looking for he hasn’t decided on yet). If I show no signs of insurrection, insubordination, or mockery. If I handle this all with a delicate smile, with just the right sprinkle of apprehension in my eyes as if to say, “I trust you” (read: I fear you).

And if I do this all with a virtuous seduction because after all, he’s still a man, and now is really not the time to let my body take a backseat in my limited arsenal of defense. Then, maybe, I am granted permission to have that word in my mouth. Maybe he throws a small kindness my way. He looks up from the vegetables he’s quietly chopping with a glimmering steak knife and meets my gaze (He has told me many times you must use a plastic knife for lettuce if you want to be a Real Chef, but in these moments he goes back to basics, just to show me that he can). I watch as the ends of the lettuce start to oxidize against the stainless steel, wondering if it’s becoming sour and bitter too.

If you, Reader, would do all of this, you may be granted the right to call him by his name, to speak out, person to (almost) person. If you do all this, you may too experience the brief euphoria that it is to be on the same perceived plane as someone who can withhold even the simplest of things from you until you have worked hard enough to acquire it. Equals.

This is where most authors would go into the laundry list of things that had happened to them. And I could write about all the unthinkable, violent, manipulative evenings, but this is much more sinister than that. This is about the slow and almost undetectable decline as love becomes synonymous with care becomes synonymous with control. This is about him moulding my good qualities (loyalty, dependability, trust) into his own weapons in my mass destruction. As if he walked up and stabbed a giant stake in me with his glorious name brightly flying from a flag. “I’ve been here. I own it. Step away or there will be war.”

And oh, what a gesture to be claimed like that.

Something evil has touched me, deep in my soul. It’s brushed me and taken a breath of my same air, touched the corners of my face.

I can guarantee you, he did everything in his power to make sure I would never write a song like “Still Breathing”. Sowing little seeds of doubt deep under my skin every time I would step into a studio. But that’s the thing about music — it breaks the silence. It turns a deeply disturbing time into one that can be reclaimed with power. It gave me my voice back.

I, too, hate his name now. And every time I hear it on the street or type it in a message, it sends that same shiver through me.

I bet he never thought I would be so bold to use his name without permission.

But this is my insurrection, my insubordination, my mockery.

POESY is classically-trained singer, songwriter and pianist, Sarah Botelho. Her new project and debut LP I Exist “explores themes of betrayal and the journey back to one’s truest self.” An eloquent mix of dark pop, goth, and alt-rock, POESY’s sound and aesthetic explore many different layers, twists and turns for the ultimate escape into a world of passion, shadows and self.

Let us know your thoughts on “Still Breathing” by POESY on Twitter @CelebMix.