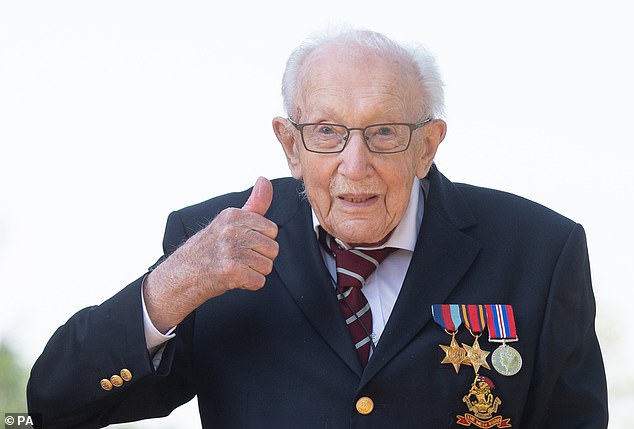 Captain Tom Moore has made history with his rendition of ‘You’ll Never Walk Alone’, which he sang with Michael Ball and the NHS Voices Of Care Choir, reaching number one on the UK’s Official Singles Chart.

The song was battling The Weeknd’s ‘Blinding Lights’ right to the end but at the last minute, was able to take over, and secure its place at the top just in time for the war veteran reaching his 100th birthday.

Listen to the cover of ‘You’ll Never Walk Alone’ below:

Captain Tom is now the oldest person in history to achieve a number one single, breaking a record that was previously held by Sir Tom Jones. ‘You’ll Never Walk Alone’ is also the fastest-selling single of 2020.

Speaking about his triumph, Captain Tom said: “What wonderful news to receive today, a No.1 single and a record breaker too – my grandchildren can’t believe I am a chart-topper! I have to thank Michael Ball, the NHS Voices of Care Choir and everyone behind the scenes, who shared their talents and expertise in order to raise money for the NHS, to whom we owe so much. And, of course, the public for buying the single and donating – we’re in this together, and I am forever grateful for your support. And this just proves ‘You’ll Never Walk Alone’”.

Michael Ball, who also celebrates his first ever UK number one single, added: “This is the most extraordinary thing, one of the proudest moments of my career. But it’s not about me it’s about Captain Tom, thank you for giving him a No.1 on his 100th birthday!”

All proceeds from the song will be going to NHS Charities Together, marking another milestone in Captain Tom Moore’s inspiring efforts to raise money for the NHS during these difficult times; the veteran has now raised almost £29 million.

Have you been inspired by Captain Tom Moore? Let us know on our Twitter page @CelebMix!