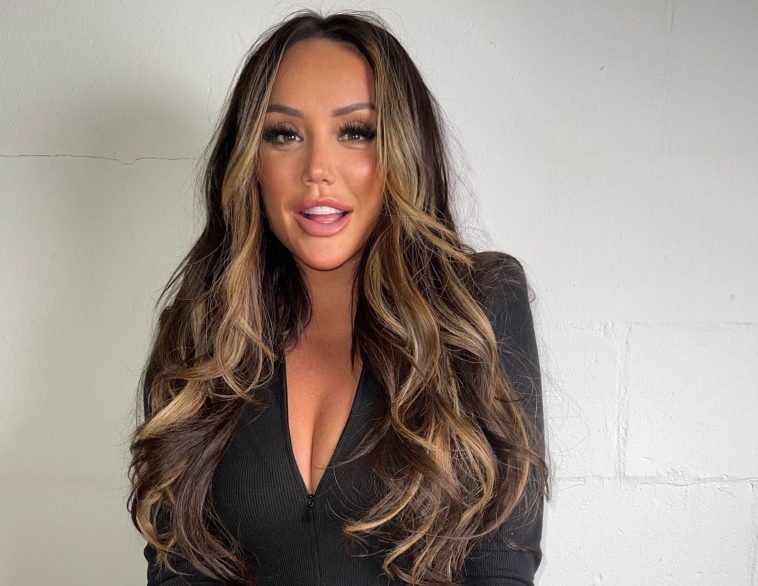 As we start to approach the end of yet another eventful year, and begin to reflect upon all that we have learnt over the course of the last 12 months, it seems hard to believe that 2021 marked 10 years since television and media personality Charlotte Crosby first burst onto our screens as an original cast member of MTV’s hit reality tv show, Geordie Shore.

Launched in the spring of 2011, the programme followed the daily antics of 8 twenty-somethings, all living together for the first time in a swanky, new townhouse in the heart of Newcastle. With cameras documenting the groups every move, the show made for compelling and, at times, controversial viewing, sparking endless conversation and heated debate amongst certain sections of society, catapulting the relatively unknown Geordies into the full glare of the media spotlight seemingly overnight. And whilst there’s no denying fans of the show warmed to all of the cast individually, it was Crosby who became the shows undeniable breakout star, with natural wit, boundless energy and refreshingly honest view of the world, capturing the hearts of viewers around the globe.

Since leaving the show in 2016, Charlotte has gone on to achieve incredible success in the worlds of entertainment, literature and fashion, becoming a Sunday Times best-selling author (twice), hosting a plethora of tv shows including Just Tattoo of Us for MTV and The Charlotte Crosby Experience on TLC, winning the 12th series of Celebrity Big Brother and collaborating with manchester based online fashion brand In The Style to launch multiple, sell-out capsule collections.

To celebrate a decade in the industry, Charlotte is heading out on tour this October with her one woman show One Night With Charlotte – a no holds barred walk through her career and life to this point, that promises to include lots of x-rated gossip and stories too hot for tv, as well as some surprise special guests, a full and frank audience Q&A and an extra special game that’s guaranteed to get everyone out of their seats, and up on their feet…

One Night with Charlotte!

“This whole tour is going to be so much fun, I don’t think people are ready for what I’ve got planned!” an excited Charlotte tells us as we catch up ahead of her opening night at the O2 Academy in Sheffield this week. “Imagine if you can, what it would be like to be on a night out with me, and all the craziness that that would entail… well it’s going to be like that, but more! It’s carnage, it’s absolute carnage!”

Despite her obvious elation at the prospect of the tour now being just a mere few days away, Charlotte readily admits she was initially reluctant to commit to taking on a project of this scale, for fear she would be out of her depth and unable to produce a show good enough to entertain her fans.

“I actually got asked to do this (show) a few years ago, but I was just far too scared to do it to be honest with you, so I said ‘no’ because the thought of it just being me, on my own, on a stage in front of all those people, absolutely terrified me!” Crosby admits candidly. “And also, I just kept thinking to myself, if I decide to do it then how could I fill a 2 hour show? Like what would I even do? But then as time went by I just thought ‘oh why not?’ so I grew some balls and I just went for it!”

“We actually did a tester night a while back where we followed a loose format and it went down a treat, people seemed to really love it and that gave me a lot of confidence. So for this tour we’ve taken everything up a level, and we’ve added loads and loads of new, fun stuff into the show that I think everyone is going to love. And the costumes! Oh my God the costumes! You are going to be dazzled by the outfits I’ve picked out… just think sparkle, sparkle, sparkle! I’m actually really scared for the audiences eyes, because I fear I might blind them with some of the things I’m gonna be wearing! (Laughs)”

As Charlotte thoughtfully explains the premise behind the show, it becomes abundantly clear just how invested, and how just much this whole tour means to her, which in truth should really come as no surprise, considering Crosby has always been heavily involved, and very much in control, of all aspects of her career to this point. Reflecting on how far she’s come over the course of the last few months, the Sunderland native adds: “Do you know what, I’m going to be really proud on the first night, because truth is I wrote this show all by myself… well, I had a bit of help, but the majority of the ideas and concept has come from me, and I can’t actually believe we’re so close to opening night and I’ve managed to pull it off.”

“For this tour we’ve taken everything up a level, and we’ve added loads and loads of new fun stuff into the show that I think everyone is going to love… it’s going to be absolute carnage!”

Charlotte on what fans can expect to see during her show as she tours this U.K. this month.

Despite having appeared on countless talkshows over the years, and sharing some aspects of her life, pre-fame in various interviews and news articles, One Night With Charlotte will no doubt provide Crosby with the platform to tell her story in full, without interruption or judgement, in a way that she’s never really been able to do before, something of which the Celebrity Big Brother winner says she is very excited about.

“This show really does give me the freedom to share what I’m about, and how I got to where I am, in my own words and in my own way.” Charlotte explains. “There’s a really lovely part where we take a bit of a trip down memory lane and talk about some funny stories that maybe people won’t have heard before. There’s also going to be a section where we do a Q&A with the audience, and honestly any question anyone wants to ask us, I’m more than willing to answer… bad or good (laughs). So as sad as it sounds, if you’re a fan of mine, then you’re going to love it because it’s 100% me, and I’m sharing things that I’ve never shared before. I just can’t wait to get out there and do it now!”

Never one to shy away from a challenge, Charlotte does admit however, the thought of taking to the stage in front of a live audience for the first time is still somewhat of a daunting prospect for her, despite her years of experience hosting various tv shows, awards ceremonies and nightclub appearances.

“This is 100% a new experience for me, and it scares the living day lights out of us!” Crosby says with a shudder. “This past weekend I presented some awards at an event, and even though I was only on stage for about 40 minutes max; I was really nervous! And there were only about 100 people in the room, so now I’m like thinking to myself ‘oh great, there’s going to be about six times the amount of people coming along to see me on the tour, how am I going to cope?’ (laughs). But with it being my own show, I wonder if I’ll be less nervous because I’m the one in control if that makes sense? Like at that event I was telling you about, I had to read from some cue cards and I knew I had to get it right for other people, but with my own show I know I can be as crazy and out there as I want because if something did go wrong then I’m not going to get angry with myself am I? I think once I’ve done the first three nights I’m going to be well in the swing of it and I’ll be in my element… and if not, I’ll just have a couple of shots before each show, to calm my nerves, then just go out there and do it!”

As she eloquently discusses her trepidation at stepping out of her comfort zone, we’re struck by just how ‘normal’ Charlotte really is, and how refreshing it is to see and hear someone in her position, admit to such feelings when so many of her peers seem obsessed with the idea of presenting a picture perfect version of their life to the public. It’s this kind of honesty and willingness to openly admit her fears and insecurities that continues to adhere Charlotte to millions.

Maintaining relevance and a place in the ever evolving, fast-paced world of entertainment is no mean feat. And whilst for some their time in the spotlight can be fleeting and somewhat rather short-lived, for others, like Charlotte, through hard work and wise decision making, they are able to build upon their opportunities to create the kind of life and career they only ever thought possible in their wildest dreams.

“Nobody ever really takes a second to think about, or appreciate everything they’ve ever done, and I feel like with this show that’s kind of what I’m doing which is really lovely.” Charlotte says with a sense of pride. “With lockdown and everything that’s happened over the last two years, it did give me an opportunity to sit down and look back on my life so far and I did sort of have a moment where I thought to myself ‘wow, I’ve really done a lot!’ So to be able to stand on stage and celebrate everything I’v done, and be with a lot of the people who have been on this journey with me is going to be really amazing.”

“And you know what, I think we should all give ourselves a pat on the back from time to time, because just think about how far we’ve all come in our lives to get to where we are today – it doesn’t matter what we do for a living or where we come from, we all need to learn to be kinder and more supportive to ourselves, because we’re all just doing the best we can!”

Tickets for Charlotte Crosby’s One Night With Charlotte are available from £25 at Live Nation UK now: http://livenation.uk/dgdu30rB9GU

Let us know your thoughts on Charlotte Crosby over on Twitter @CelebMix now!