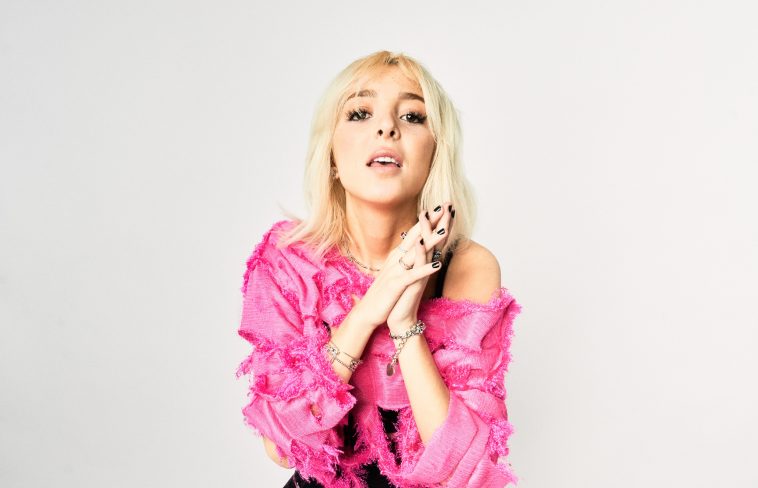 Sophie Powers is the type of person who doesn’t know what she is doing half of the time, but when she does, she is making music. “I’ve loved music since as far back as I can remember,” Sophie tells CelebMix at the top of our chat. “That’s probably because with music, there is no “wrong answer” really, and I’ve always hated Math, a very right or wrong-based subject.”

Sophie was taught that music should be a form of self expression, and how can you go wrong with that? Constructing a song has no right or wrong, even if the song sucks, it’s a form of self expression and that stands as something alone. Sophie likes getting all of her emotions out into her music and almost all of her songs depend on how she is feeling the day they are started. That creative process is why she loves music so much.

“Thanks! It feels like so much has led up to this release,” Sophie expresses on the release of her newest single. “I spent over a year just figuring out my sound and what type of music I wanted to make, so Lonely Army is a big accomplishment for me. I really believe this song shows what I stand for as an artist. It feels like a really great first step in the right direction.”

Sophie’s newest single, “Lonely Army”, is a song that talks about how people are all so connected through their phones, but lonely in person. “We’re like one big “Lonely Army” In 2021, it feels like friends are only held through social media most of the time, but texting someone is completely different than having a connection with them in person,” Sophie says.

At the start of Sophie’s creative process for “Lonely Army”, she honestly didn’t know what she wanted to write about. But what she did know was that she wanted at least one song with lyrics that were on a deeper level than materialism and stood for something.

I wanted to stand for something I was truly passionate about, which is mental health. I’m happy that Lonely Army can be that song for me.

Sophie Powers on her new song

“Lonely Army” was a really easy song to write for Sophie. She was in Los Angeles at the time and had a studio session the next day. The day before the session, Sophie cleared her head, and had a few conversations with friends to see where her emotions were at.

“It was a fairly similar process to how I’ve written most of my stuff, but having conversations with my friends opened up my thought process even more I think,” Sophie reveals on the creative process. “The song was almost fully written in the first 3 days of writing, but it took a full 7 days to finalize. I was in a very vulnerable place and the lyrics were just flowing out. To be honest the song was very therapeutic to write.”

Sophie was listening to “Something in the way” by Nirvana at the time, and she loved the guitar riff in that song and how raw the lyrics were. They made sense but didn’t at the same time. That really inspired her, but her own emotions played into things as well.

“I was pretty depressed and lonely as I’d been away from my family since September and the song was written mid-end of November,” Sophie continues. “I talked to my friends about how sick I was of communicating through technology and just wanted to see people.”

In fact, Sophie’s friends felt the same way, and the more people she talked to, the more she realized she wasn’t the only one who felt this way. Sophie was left alone to her thoughts the night before Lonely Army was written, and those thoughts carried the song.

I’d like my listeners to understand that they’re not alone. It’s so easy to feel alone with social media and the pandemic. But people portray the highlights of their life online, and aren’t the same through text.

“If someone says that they have never struggled at one point in their life, I’m pretty sure they are a liar,” Sophie continues on what she wants listeners to take away from her new song. “It’s normal to feel these emotions and I know I sound like a parent saying that but if you’re in pain, or angry, or just upset, I hope you feel safe listening to Lonely Army knowing I feel the same way.”

At the moment, Sophie is currently working on a new single, hoping to release that around the end of June early July-ish, as “Lonely Army” dropped in April.