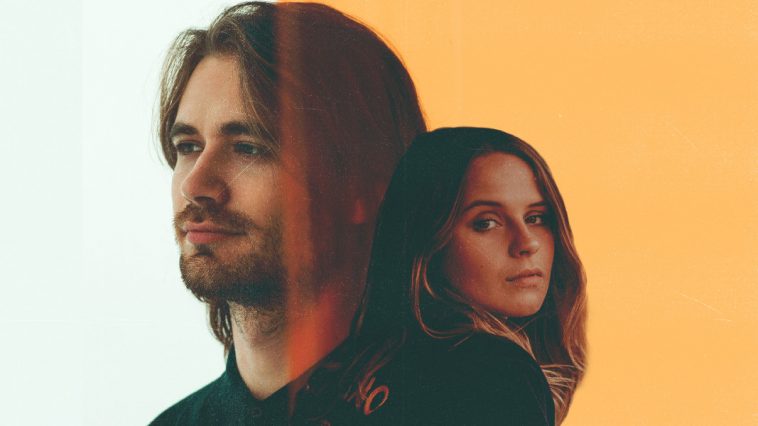 French producer and songwriter Michael Calfan teams up with Gabrielle Aplin on “Imagining,” a dazzling club anthem via Warner Music.

Talking about the collaboration, Michael says, “I knew Gabby for her song ‘Please Don’t Say You Love Me,’ like a lot of people, but when I heard her collaboration with TSHA, I absolutely fell in love with her voice. I felt it could be amazing to work together on a record, we never met due to lockdown and covid restrictions but made everything remotely and I’m super happy about the results.”

While Gabrielle shares, “I’m a big fan of Michael’s music so really I’m just super excited to be featured on one of his songs! When we wrote ‘Imagining,’ I immediately loved it and I’m really happy this collaboration has happened and with how the song turned out. I can’t wait for it to be out there!!”

A sizzling track with a plush breakdown leading into the drop, “Imagining” rides a hefty, throbbing bassline and two-step groove.

Unlike many electronic producers, Michael Calfan declines to assume the trappings of celebrity, emphasizing the music rather than his persona. He exploded on the house scene in 2015 with the release of “Treasured Soul,” followed by international hits such as “Nobody Does It Better” and “No Lie” with Martin Solveig, along with numerous remixes of luminaries like Calvin Harries, Charli XCX, Troye Sivan, Labrinth, Not3s, and Glowie.

On her part, UK pop star Gabrielle Aplin achieved recognition with her cover of Frankie Goes to Hollywood’s “The Power of Love,” which topped the charts. Her debut album, English Rain, entered the UK album chart at number two, generating a series of hit singles. Last year, she released her third album, Dear Happy.

CelebMix spoke with Michael Calfan to discover more about how he got started in music, his writing process, working with Gabrielle Aplin, and the inspiration for “Imagining.”

If you could date any other musician or celebrity, who would it be and why?

Daft Punk for sure, they have been such an inspiration since I started in music, I feel they created something that changed the whole of electronic music and put the French scene in front of so many people that I’d love to know more about them.

What inspired your new single, “Imagining?”

Gabby’s voice is just amazing so that it was not complicated to create the song. Honestly, nothing inspired me except her voice and the vocal melody. She is just a super talented singer-songwriter!

How did you hook up with Gabrielle Aplin?

We never met due to lockdown, but the internet has the ability to connect people. I knew Gabby for her hits and when I heard her track with Tsha, I felt, ok, I need to work with her. Funnily enough, she liked my music, too, so our teams organized it and we made the song happen.

Has your sound had a deliberate direction, or did it simply gradually evolve in whatever direction it found?

I’m trying to not overthink music. I go with the flow. I’m also trying to not follow trends. I feel it’s important to stay honest with yourself and the music, and with Gabby we both liked the direction it took and decided to finish like this.

Most of the time, I make a little melody loop of 15 sec and then start to work on it and write. For me, the most important part is the feeling the production and vocals provide, but also the hook. Once we have that, I’m happy. You know I’m French, so I’m not focusing on lyrics first, I’m focusing on the top line.

Most of my inspiration comes from movies, I like having a visual in mind when I’m producing music. Chords give me some images and images inspire what’s coming next.

I was bored at school and my mum had this computer with Garage band and I quickly preferred doing Garage Band rather than my homework.

You’re in France. What’s the music scene in France like?

At the moment, it’s quite difficult, clubs and festivals had a really tough time, so I feel there’s no proper scene at the moment, we just want to party again. We can see the light at the end of the tunnel, which is exciting.

What can we expect from you within the next 6 months? Any releases planned? Future gigs?

A lot of music. Lockdown has been great for me in one way as I stopped touring and was able to create quite a lot of music, I got maybe 20 records almost done on my computer, so it’s now a question of finalizing and planning.

Gigs, I hope so. I had quite a lot of dates booked but had to cancel them. Let’s see but hope to see you on the road soon.