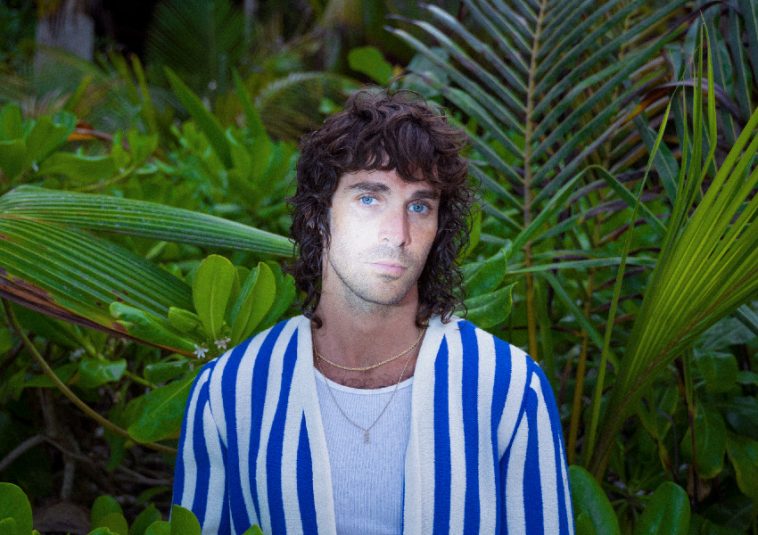 Sunshine Boysclub explains, “‘Don’t See Why’ expresses the difficulties of letting go of other people’s expectations. The idea was inspired by witnessing someone close to me hit bottom. Their situation forced me to take a look at my own mistakes and patterns and the song became a reflection of my own life. Why am I doing the things I do? Why am I concerned with other people’s reactions? It’s impossible to be who everyone wants you to be.  Spending too much time chasing other peoples’ ideas of what your life should look like can leave you at the end of the wrong road.”

He goes on to talk about the music video, sharing, “The music video was shot on a trip to Mexico. We decided to completely wing it. A massive storm passed through, and we set up on the beach and started rolling. We used the headlights of a car and an $8 flashlight for lighting. There’s still sand in various crevasses of my body. I wanted to bring a lightheartedness to the message of the song and the tropical scenery helps balance out the weight of the lyrics.”

Working out of his home studio, called “The Hut,” Sam Martin was the lead singer for the indie-pop band Youngblood Hawke. Once he went solo, he took the name Sunshine Boysclub, releasing alluring pop music such as his recent debut single, “Patience,” along with a cinematic video directed by Kate Hollowell.

CelebMix caught up with Sunshine Boysclub to discover the inspiration for “Don’t See Why,” how he got into music, and more about his creative process.

If you could date any other musician or celebrity, who would it be and why?

I’d have to go with my all-time favorite musician, Number One Popstar!  She’s single-handedly changed the landscape of music for generations to come.

What’s the story behind the name Sunshine Boys Club?

I just like the way it rolls off the tongue!

What inspired your new single/music video “Don’t See Why?”

The song was inspired by someone close to me going through a rough time.  Up to this point, they had spent their life trying to live up to other peoples’ expectations instead of living the life they wanted for themselves.  It finally caught up with them.  Their situation forced me to ask myself difficult questions about my own life.

I went on a road trip through Mexico and decided to shoot the video down there.  I felt like the tropical scenery would help balance out the heavy weight of the lyrics.  I had no plan, and my girlfriend and I just started rolling when we found something visually interesting.  The cost of the video was $8 (flashlight).

Kate Hollowell shot the video on our road trip through Mexico.

My mom tried to force me to take piano lessons when I was younger, and I hated it.  I played one recital and as an act of defiance, I wore my t-ball jersey.  All the other kids wore suits and were playing Mozart.  I played some terribly simple song with one finger, and I think my mom gave up after that.

I’ve always been passionate about listening to music but never considered it as something I would be creating.   I went to college (for a year) to pursue filmmaking and while there, I met some musicians there and started making music.  I was hooked and haven’t looked back since.

Bob Dylan, Rolling Stones, all the great songwriters.  My music sounds nothing like these artists at all, but these artists have shown others what’s possible.

I’m inspired by everything.  Life.  Books, movies, weird conversations with people, the past, the future.  All my songs are in some way about my life and the experiences and encounters I’ve had.  The songs aren’t always necessarily about me, but they’re pulled from personal things I’ve gone through.  I have a hard time writing fiction.

I usually start with a simple musical bed, basic drums, and some chords.   Once I get that to a good place, I start throwing vocal melodies at it.  It’s all about the vocal melodies for me, that dictates the direction of the song.  The feeling of the chords and drums usually provide a “feeling” and I start writing about what the song makes me feel like.  Sometimes I make up all the words on the spot or refer to my stack of journals.  Once I have all the words and melodies, I start adding more musical elements.

What can we expect from you within the next 6 months? Any releases planned? Future gigs?

I’m releasing 2 more singles and a full album in September!  Definitely planning on playing future gigs once I get some more music out into the world!