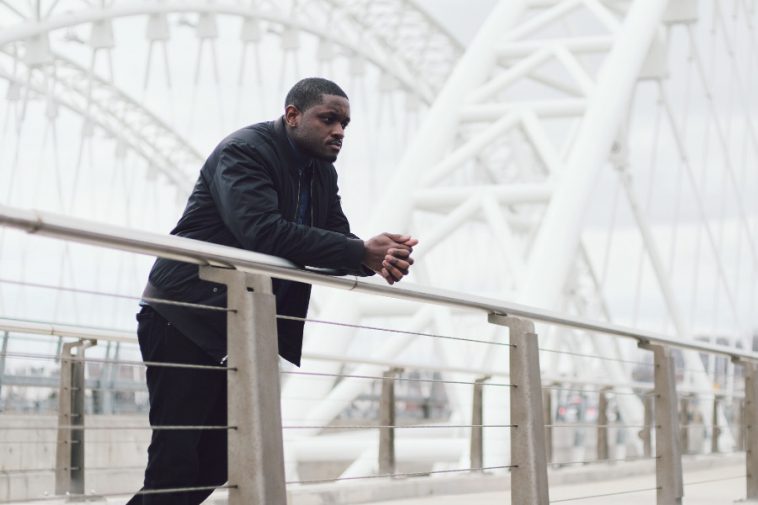 Zimbabwean Canadian producer, DJ, and musician MELO-T just introduced “Do Re Mi,” a track from For The Culture 2, which is the second chapter to his For The Culture series.

For The Culture 2 blends flavors of amapiano and Afrobeats into dazzling, contagious songs. “Do Re Me” features Toronto-based Nigerian Afrobop artist Idris Lawal and the lush voice of NEFE.

According to Melo-T, “Do-Re-Mi” represents “the collaborative spirit and unity of Africa, it’s all about promoting African music to the world and showing what the continent has to offer to the world stage.”

Now residing in Ottawa, Melo-T grew up listening to Marimba percussion, Mbira instruments, and Ngoma drums, as well as Afropop on the radio. Merging elements of all of these, he developed his unique sonic style.

CelebMix spoke with Melo-T to find out about what inspired “Do Re Mi,” his influences, and how he connected with Idris Lawal and NEFE.

What inspired your new single “Do Re Mi?”

The song started out as a remix for one of Idris Lawal’s tracks but then we decided to make it an original track. I wanted to fuse a bit of Afrobeats and Amapiano to match the various styles I and him embrace.

I love to start with melodies when I am making slower or romantic music like RnB and Afrobeats including instrumentals. I feel those capture the mood within the beginning of a song for a listener. When I am making more dance-inspired tracks like Afrobeats or Afro House or any Afro Fusion-inspired tracks I start with the drums because the rhythm is what will get people up and dancing then I begin to layer it with a groovy baseline to top it off. I always end with the bassline, it’s the last to be added to my tracks. Interesting fact, I struggled the most creating or mixing basslines but now people say that’s what captures them the most in my music at times, I guess I practiced a lot, lol.

I always try to invoke some feeling from the music I make whether a sense of peace and healing, sunny dancing infused feelings, or just to meditate and relax. I believe music is a journey and many of us explore that journey through various genres from different parts of the world. I either want people to be inspired to travel to the many places/regions my music represents or use music as a part of therapy especially since we all turn to music at different times whether to dance or cry or relax. I also want people to feel inspired to also go make music and be proud of their heritage and culture and embrace it. If any of the above happens to someone when they listen to my music, I have accomplished my goal, our job as artists is to create and share!

I began dabbling in music at an early age probably 14 years old, but I didn’t take it seriously until about 12 years ago when I started to DJ and host my own events. When I started seeing the success of the events, I began to take it more seriously playing along with some industry legends nationally and internationally. It’s not until about 5 years ago I began my journey in music production because I felt that there was something missing inside me, and I eventually figured out that I couldn’t express some of the ideas or rhythms in my head from just DJing. So, I started to teach myself and watched YouTube tutorials and using other resources from Ableton’s (DAW) website and with the help of a very good friend of mine Antion (a longtime collaborator) I started to release remixes and originals and here I am today.

How did you hook up with Idris Lawal & NEFE?

I met Idris Lawal through a longtime collaborator and friend, Antion. They had been working on music for some time and he introduced us, and we started to chat about future collaborations. I made a few songs and sent them over to him and he loved the instrumentals. When I tried to do a remix of one of his tracks, he felt it was going to be better as an original and then “DO RE MI” was born. When Idris did the first draft, he reached out to his friend NEFE who both are based in Toronto and the rest is history, I got the second draft and I fell in love with it immediately.

You have a new EP, For The Culture 2, dropping soon. What can you share about it?

The inspiration of the EP comes from being inspired by the different afro influenced hubs around the world. The series focuses on shedding light and highlighting that culture. The first For The Culture focused on Brazil and Baile Funk with Trap vibes whereas For The Culture 2 focuses heavily on Southern Africa especially Amapiano with some Afrobeats influence on track 1, DO RE MI. The other tracks are very bassline filled with either deep and dark laced melodies like “We Outside” or more dance, afro chant-inspired like “Knock the Drum” or just melodic deep-like house on Track 4, “A Piano Story.” The EP captures a story that many genres come from marginalized communities who blend or form new types of music which in a way allows them to have some economic benefit from it but as well sharing the passion which is usually overlooked by the mainstream industry. The main aim of this project is to inspire many up-and-coming artists to embrace their culture and love and be confident in everything that they do as an artist, our job as an artist is to make and share the music and let the people resonate or connect with it. I hope to continue to spread and showcase the many different afro-based or influenced music genres from across the world which has shaped the way we listen to music today.

I make music to inspire other up-and-coming artists and as well to share my culture and heritage whether I do it through merging it with modern or electronic music. I also try to provide music to the world because I am expressing myself at various moments in my life like when you write in a diary of a journey being traveled but this time through music.

I am working on a lot of new music to come out later this year with some collaborations or production credits for LOTi, Zenesoul, Antion, Miloka, and many more including my own, I am also working on getting some touring schedules when the pandemic starts to subside and hopefully get to share all this music in DJ sets Live in venues.