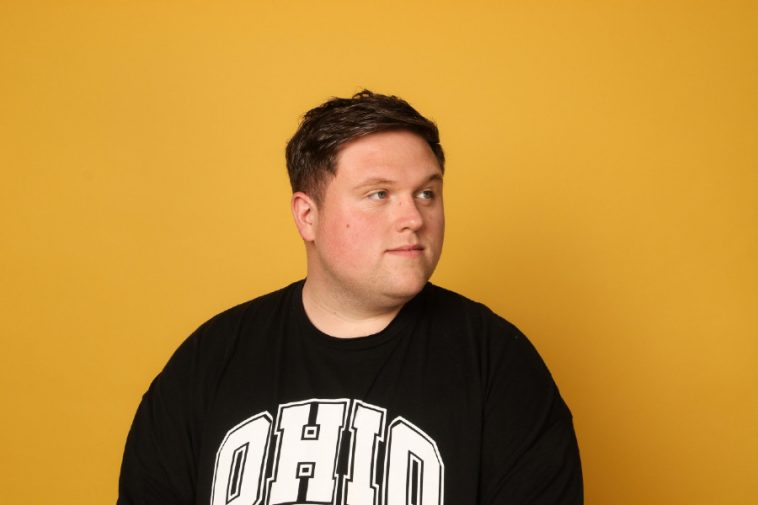 Newcastle-born Jamie Lee Harrison released his brand-new single, “Say It Out Loud,” moments ago, about feelings, connection, and hesitance.

“Say It Out Loud” follows on the heels of last year’s “Scars At Night,” with producer Nicolas Haelg, which collected more than one million streams on Spotify. Produced by Lewis Gardiner (Ellie Goulding, Nick Jonas, Chvrches), and written by Jamie, Gardiner, and Nick Bradley, “Say It Out Loud” is a dazzling pop anthem.

Jamie first gathered national attention in 2017, on Britain’s Got Talent, followed by releasing a series of singles and going on tour, performing for sold-out audiences. Right now, he’s planning on dropping new singles, playing live shows, and finishing his debut EP, slated to drop next year via Humble Angel Records.

CelebMix caught up with Jamie Lee Harrison to ask about his songwriting process, how he got started in music, and his influences.

I definitely couldn’t live without my dog, he’s my best mate and if you follow me on Instagram, you’ll see him every day! The other two are definitely Spotify and pizza.

What inspired your new single “Say It Out Loud?”

The song was written in lockdown. All of my writing sessions were canceled when the world came to a halt, so the songwriting world turned to Zoom and it kinda worked! It’s weird trying to write a song over the internet, but it has become the new norm and allowed me to collaborate with some incredible producers. The song speaks to that bond you have with someone special when you know what you’re both feeling, but you don’t want to ruin it by saying anything.

Lyrics always come second to me. Don’t get me wrong I love telling a story and putting an experience into words, but I start with a melody and that decides where the song goes for me.

It’s a running joke among friends that I always write sad songs but for me, I write from experiences in my life that I know others can relate to. If I had to sum the answer up in one word, I’d say, hope.

I have always performed and written music from being a youngster, but it took me till I was halfway through my business degree to realize I need to do music. I was living in Leeds at the time and started busking on the streets to make money. I made some friends for life doing that and ever since I’ve been on the road performing. I absolutely love it. I started traveling doing writing sessions wherever I could in the UK and Berlin. I was then lucky enough to connect with Kieron from Humble Angel Records who happened to be a fellow Geordie!

Growing up I listened to so many different genres! From ‘90s dance to 50 Cent, Michael Jackson to James Morrison. Pretty diverse!  I’m passionate about performance and have always been inspired by the likes of Adele, Celine Dion, and Frankie Valli.

My guilty pleasure is knowing pretty much every word of Nicki Minaj’s Pink Friday album.

No matter what is happening in my life at any time, good or bad, performing music takes me somewhere completely different and that’s why I do it.

I’m planning on another 3 or 4 releases this year and hope to head back to Berlin in the summer to write more music…and of course lots more shows!