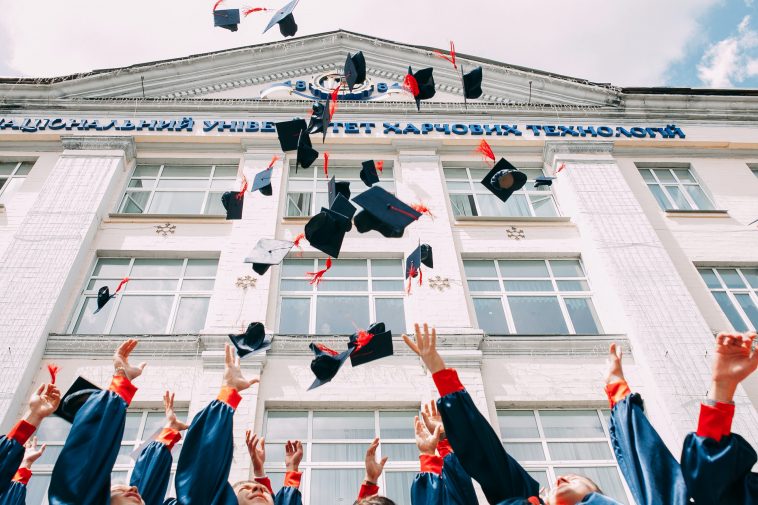 Although the bright lights and glamour of being a Hollywood star are enough to encourage anyone to quit their studies and travel to Los Angeles, the truth is that you can’t beat a good education. Some of our biggest stars started out life at college; John Legend studied English and African-American Literature, for example, and Chris Martin got a First Class Honours degree in Ancient World Studies. Tom Hiddleston has a Double First in Classics and Bastille’s Dan Smith got his degree in English Literature. But for those who made a name for themselves, putting their education on the backburner didn’t come without its challenges or drawbacks, and some even decided to go back to school. Here are some of their stories…

If you weren’t obsessed with Mary-Kate and Ashley Olsen when you were growing up, who even are you!? The twins enrolled in New York University and bought themselves a $7.3 million penthouse apartment in the West Village for their studies – but it didn’t last month. The pair reportedly studied architecture and photography but decided to ‘pursue personal interests’ just months after starting.

The legendary Rolling Stones frontman certainly didn’t need help with statistics – he studied Accounting and Finance at the London School of Economics on a scholarship. The lead vocalist of The Rolling Stones doesn’t need to worry about numbers – according to one report, he’s worth an eye-watering $500 million, and we’re sure he knows how to spend it well – or, better still, save it!

You might know Dwayne Michael Carter Jr. under his stage name Lil Wayne, but did you know that he majored in psychology after he got his big break? Hey, if we’re looking for Psychology homework help, we know who to call! He’s now one of the biggest stars in the world and worth more than $150 million dollars; we’d love to follow in his footsteps one day.

Perhaps one of the most famous celebrities who went back to college after becoming famous is Kim Kardashian. The reality TV star, who is now worth more than one billion dollars, revealed on the Keeping Up With the Kardashians series finale that she failed the “baby bar” exam once again, for the second time. Now that her reality TV series has come to an end, and she’s divorcing superstar Kayne West, she might have more time for studying.

Harry Potter star Emma Watson enrolled at Brown University and spent five years studying on and off, deferring her studies to focus on other projects. However, in 2014, she graduated with a bachelor’s degree in English literature. She told journalists at the time that she had received dozens of angry phone calls from her management team – after all, she was one of the biggest stars in the world, and she could have focused on making millions, but instead, she decided to focus on her education and make a name for herself in other ways. It worked.

Are you headed back to school? What are you studying? Let us know and check back soon.