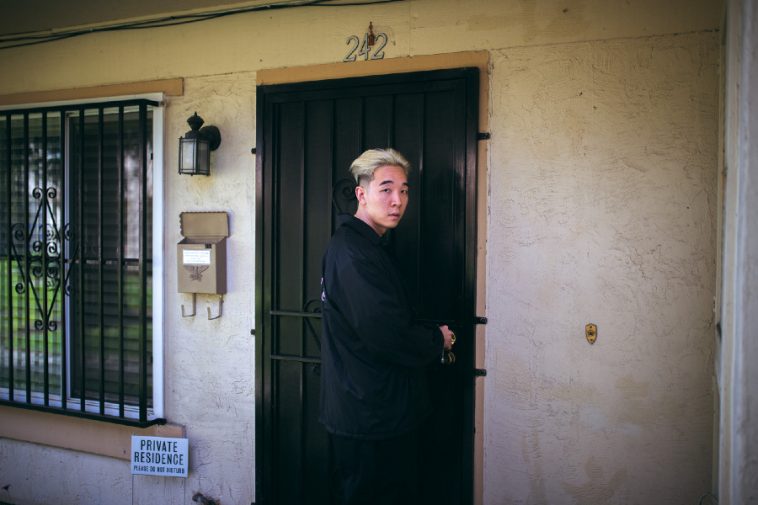 “Late Nites” is about an after-hours drunk text exchange culminating in ambivalence: on the one hand, it’s wonderful to hook up with someone, while on the other hand, the morning after brings regret. Both are captivated by the other person and, like an addiction to sugar, it’s sweet and hits the spot, but too much is unhealthy. After a few shots of Hennessy…or jungle juice, they can’t resist.

An 88’ rising competition finalist, Chow Mane’s music teeters on the edge between West Coast hip-hop and experimental pop, a sound referred to as “far east trap.” Prior to his South Bay Summer project, Chow Mane released Simmering, a potent 11-track album exploring and celebrating his heritage, and underscoring his parents’ difficulties as immigrants entering America and living in San Jose, CA.

Whereas Simmering was darker, more complex and palpable, shifting from Mandarin-Chinese to English, South Bay Summer does a 180, assuming a more relaxed, happy-go-lucky attitude mirroring buoyant warm vibes everyone is looking for after being locked down during the pandemic.

Chow Mane and Kitt Mae have it going on! “Late Nites” teems with cool trap flavors melded with hints of delicious bubbling pop.

Let us know what you think of “Late Nites” @CelebMix.