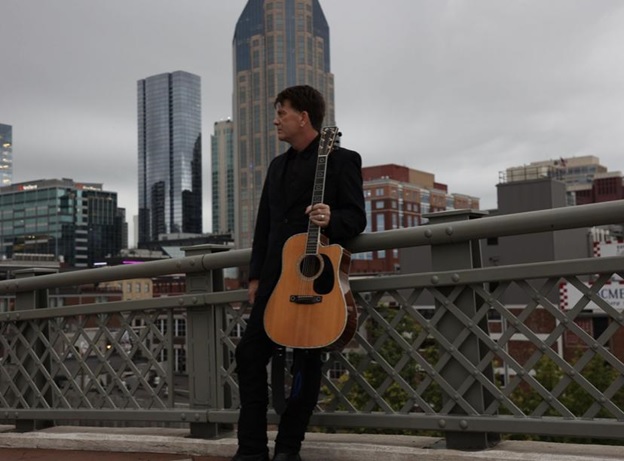 Fame, as fleeting it may be, has arguably become more achievable these days because of the advent of digital technology and the power of online-based platforms dedicated to pushing aspirants toward the limelight. The music industry, in particular, continues to bear witness to the rise of musicians whose growth was accelerated through the help of platforms like TikTok and Instagram.

However, it remains true that marketing and strategic advertising can only do so much. While it pays off to know how to capitalize on the reach of these tools to achieve one’s goals, it is still of utmost importance for musicians to establish their artistry and identity through their discography. Chris St. John, a multi-talented singer and songwriter, brings to the table not only a deep-seated passion for the craft but also an impressive lyrical prowess and distinctive voice that helps his genre-transcending songs shine from the get-go.

It was to no one’s surprise when Chris St. John began carving a path toward the limelight of an industry known for its cutthroat and saturated nature. At the age of seven, he would already be seen writing songs. Years down the road, the then 14-year-old promising talent picked up his first guitar, strumming along to the sound of his own compositions.

Over the last four decades, the Fly Away singer has written dozens of soaring melodies, all of which made up a discography marked for its thought-provoking lyrics and diversity. Fueled by the drive to make a name for himself, he poured his heart into delivering quality tracks to an audience that still appreciates well-composed songs above anything else. This dedication propelled him to great heights, helping him establish a presence in the music scene in the last two years.

Currently on a roll, Chris St. John is snagging several accomplishments under his belt. His first album, I’m Dreaming, gained worldwide success after its release in 2021. The project birthed the hit single “I Called You Rose,” along with three other chart-toppers on the Worldwide Music Charts and the Official European Independent Chart. Cementing his place in the industry even more solidly are the accolades that his February 2022 album, Fly Away, is racking up so far.

Fly Away is quintessentially Chris St. John and heavily showcases the charisma and distinctiveness he’s acclaimed for throughout his career. One of its tracks, “Hey Siri,” boasts a playful, rolling African groove and lyrics that revolve around the drawbacks of modern technology. It stands in stark contrast to some of his other tracks in the album, especially to the title track, “Fly Away,” which was released on February 25, in time for the birthday of this awe-inspiring singer’s son. Soulful and poetic, it touches on the journey that he shared with his son, John, from childhood up to his graduation from high school.

Right now, Chris St. John is emerging as a must-watch force in the music scene. Considering his immense potential and talent, as well as his distinctive artistry, it takes no effort to assume that he will manage to secure a coveted spot at the forefront of the industry one day.

For publicity on Chris St. John, please contact his publicist Misty Blanco at The Misty TV Firm Corporation at (310) 661-8247.