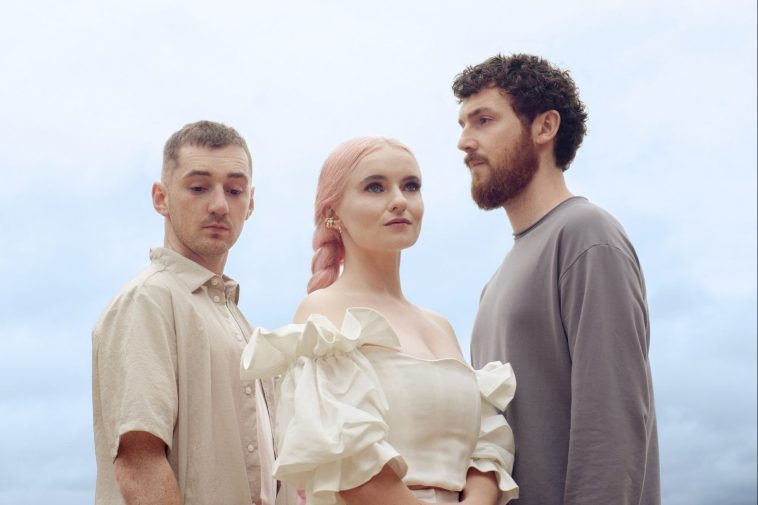 Clean Bandit are back! The multi-platinum, GRAMMY winning group have teamed up with pop-RnB queen Mabel and American rapper 24kGoldn for their latest track ‘Tick Tock’.

Written by Clean Bandit, Mabel and Kamille, with production by the band’s Grace and Jack alongside Mark Ralph, ‘Tick Tock’ is Clean Bandit’s first official release since 2018. Marking a thrilling new chapter for the trio, the track is a natural progression from their previous material yet continues to bring their trademark infectious vibe to the table.

Mabel’s soulful vocals complement the electro-pop melodies perfectly, as she sings about being hooked on a certain someone who she is unable to get out of her head. 24kGoldn’s rap verse offers a different perspective on the story and also gives the song a unique edge.

‘Tick Tock’ also comes accompanied by an official music video which was solely directed by Clean Bandit. Showcasing their incredible creativity, the visual plays on the song’s narrative of ‘obsession’ and features all of the artists in quirky rooms.

Check out the abstract visual for ‘Tick Tock’ below.

Over the past few months, Clean Bandit have been busy recording and working on new music. However, they’ve also been using their platform to unite their global fanbase whilst also fundraising in aid of the COVID-19 pandemic.

The band have been curating live, weekly ‘House Party’ club nights on their YouTube channel, and most recently hosted their own virtual festival in support of Global Citizen in order to raise awareness for the global hunger crisis. The 12-hour festival was live-streamed on their YouTube channel, where they were joined by some of their favourite artists including ‘Rockabye’ collaborator Sean Paul and DJ Joel Corry.

‘Tick Tock’ is available to download and stream now.

Let us know your thoughts on Clean Bandit, Mabel and 24kGoldn’s collaboration on Twitter @CelebMix