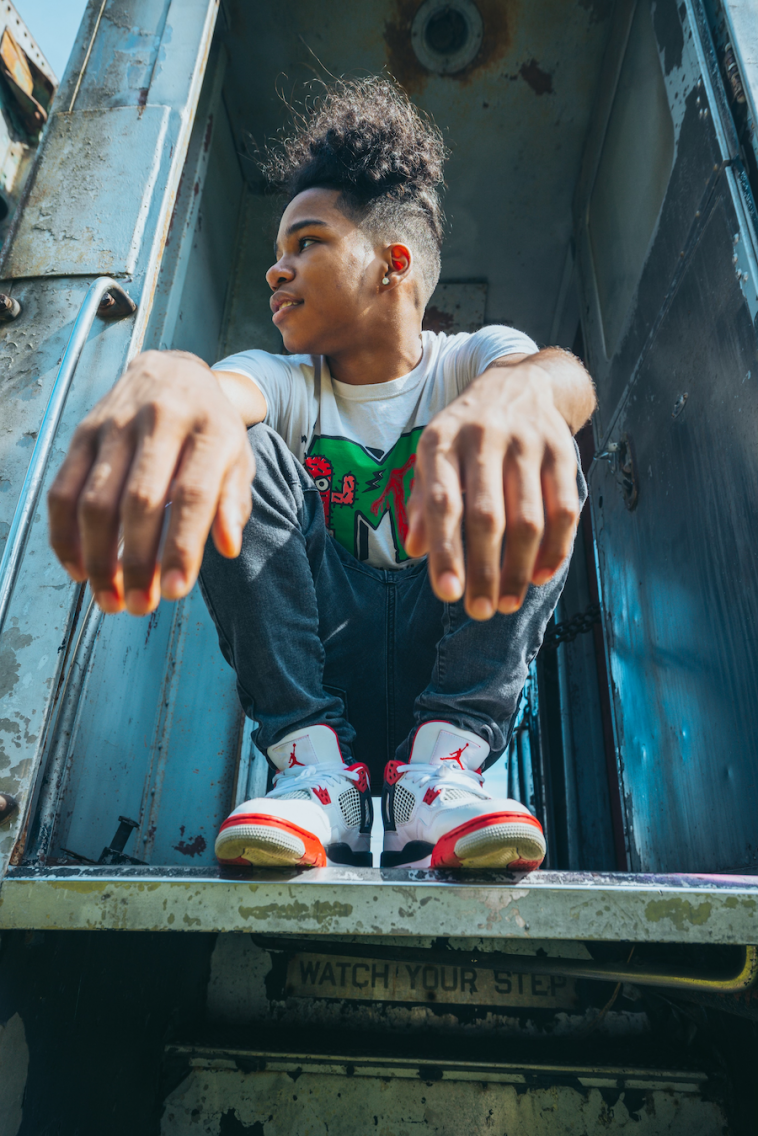 Directed by Joni Spielberg, the music video for “Kim K” follows Ezri and FTL Jaii through dark and mysterious city landscapes, which is further embedded in the track itself. FTL Jaii opens the single with his polarizing lyric, “Like Ye bro can’t go without his K like Kim.” At the young age of 16, FTL Jaii emerges with pristine flow and witty lyricism. The themes of “Kim K” dwell on dreams of great aspirations and unyielding ambitions as Ezri and FTL Jaii narrate their success stories over the gaze of pop culture icons.

FTL Jaii was recently featured in Talk of the Land and won Rookie of the Year in Hot Music Cleveland last year. The acronym FTL stands for “from the land” in reference to his hometown. Still in high school, FTL Jaii shows confidence, drive, and artistry unheard of at such a young age.