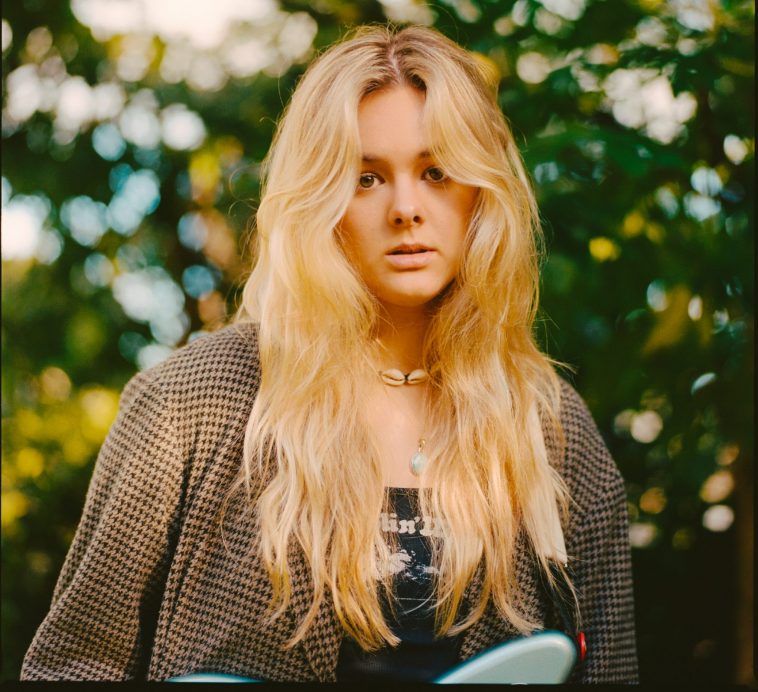 Hailing from St Ives, Cornwal, Bailey Tomkinson shared her latest single titled “Graceland,” a follow up to her recently released EP California Fire. The new song was written about the commercialisation of Elvis Presley, and it sees Bailey sharing sounds with a cathartic, almost lullaby-like, quality.

The indie-vibe single “Graceland” was entirely self-produced by Bailey Tomkinson, who collaborated on mixing/mastering with the legendary John Cornfield (Oasis, The Stone Roses, Muse). “Graceland” is a reflective moment in Bailey’s catalogue, woven with a swooning sadness, the track is an acoustic-led moment of brilliant song writing from the 22 year old artist.

Asked about the story behind her new single “Graceland” Bailey Tominson explains, My inspirations for this song came from a couple of places…obviously with a title like Graceland, it’s probably not a huge surprise that I had this burst of inspiration by Baz Luhrmann’s 2022 film “Elvis” and the journey he went on from obscurity to essentially ending up exploited by these dark, selfish, consumerist forces,” explains Bailey.

And then, I came across what is actually a made-up word by a writer called John Koenig. He has this project where he tries to come up with words for emotions that currently lack words. It’s called ‘The Dictionary of Obscure Sorrows’. The word was ‘Sonder’ which basically describes the realisation that each random passer-by is living a life as vivd and complex as your own.

So like Elvis, the narrator of my song has their own vivid and complex journey, not as flamboyant or spectacular maybe but still meaningful…so I had these two contrasting journeys and I thought it would be cool to have them intersect at Graceland.

Make sure to stream “Graceland” by Bailey Tomkinson and check out her previous releases below: