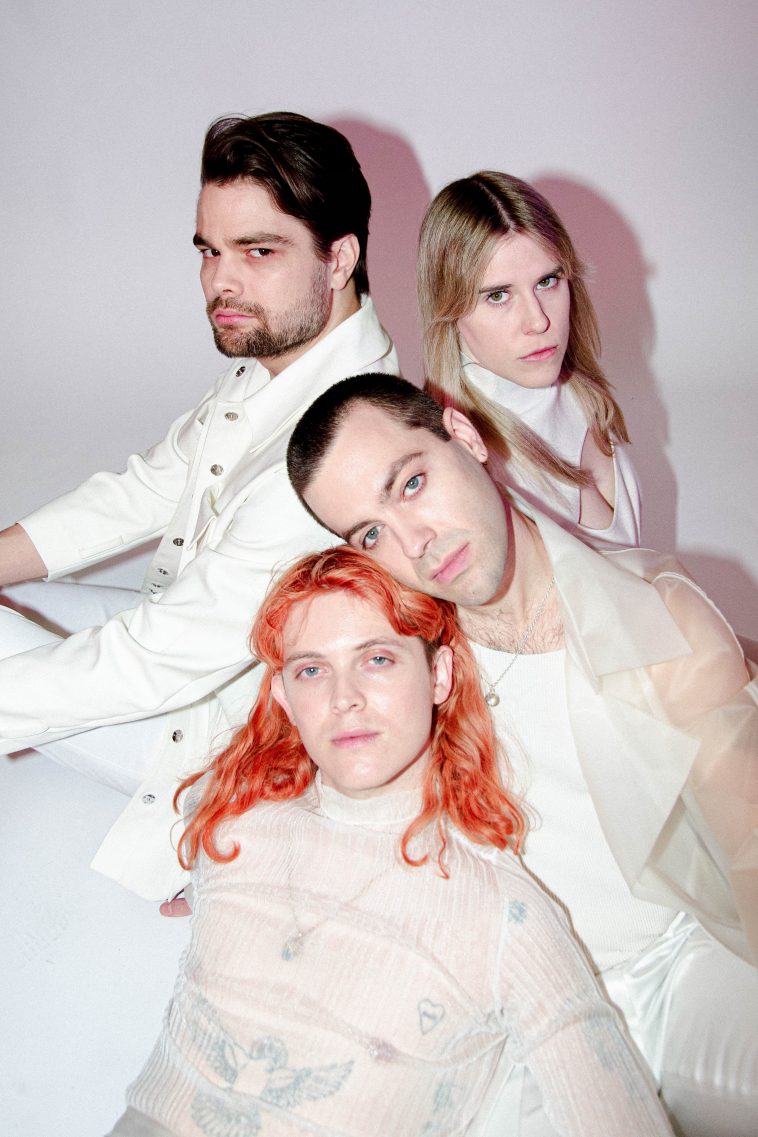 ‘LIKE NIRVANA’- Cub Sport’s latest full-length- is one of the standout records of this year. Frontman Tim Nelson has succeeded in consolidating an array of influences and sounds into an integrated sonic masterstroke, which is a feat that will likely establish him as one of the most influential songwriters of his generation. We simply needed to know more about how this revolutionary record came to be, and so we put some questions to the man himself.

Your new album is incredible! Is it always a load off when new material is finally out there for all to hear?

Thank you so much! I’m so glad you’re vibing! Every album has felt different to put out actually. I felt a huge amount of happiness and pride releasing this album in particular. I thought we might get a little bit of downtime once it was out but the response has been so incredible and we’ve ended up somehow being even busier which is really exciting!

The intro to the album consists of echoey calls of “I Love You” and “I’d die for you”. What does this relate to?

The intro was the last little bit I added to LIKE NIRVANA. This album holds a lot of love and warmth, but it’s also kind of intense so I wanted the start of the album to reflect those feelings to set the tone. It’s about my husband/bandmate/twin flame Bolan.

What track do you hope that fans enjoy the most?

The whole album! My answer to this question would probably change every day but right now I think I’d say Confessions, Be Your Man, Break Me Down (with Mallrat), Best Friend, Saint, 18 or Grand Canyon so yeah basically the whole album lol

The Mallrat feature is certainly a standout! How did it come about?

Grace aka Mallrat is a good friend of ours and we happened to both be in Brisbane around Christmas 2019, so she came over to work on some music. We went into it without any particular reference or goal, we were literally just vibing and the result was this soaring 7 minutes of layered washy guitars, harmonies, and vocals processed to sound like synths/guitars. We’re both big fans of Kanye’s music and I feel like this song is kind of a nod to the sounds of My Beautiful Dark Twisted Fantasy.

Creatively, is this a defining album for Cub Sport?

For sure! I wrote, recorded, and produced this whole album myself (except for 18 and Be Your Man which Bolan started and Break Me Down which I did with Mallrat) so it feels like the purest essence of my musicality and creative vision so far. LIKE NIRVANA is like its own world and feels like a defining moment in lots of ways – musically, personally, emotionally, spiritually, etc.

Are you already looking towards the next record?

Yes! I’ve been working on new music and I’m pretty obsessed with what I’m sitting on at the moment. I have no idea if my creative vision will change between now and when it feels like the right time for another album, but for the moment I’m really excited about where it’s at.

What do you look for when listening to other artists’ music?

Heart! I love music that makes me feel something. I’m a Scorpio with a Cancer moon and I feel like that explains my obsession with sad-tinged music, let the emotions take over y’know!

Do you listen to your own music at home, and if so, what is your favourite track for a Friday night?

I listen to my own music more than anything else tbh. My fav track for a Friday night would be a remix we have in the works of Break Me Down (with Mallrat) – it’s the perfect balance of bangin’ and sad.

This has been a blast, thank you! Lastly, what is Cub Sport’s message?

Thank you so much for having me! Cub Sport’s message is to be kind to yourself and be kind to others <3