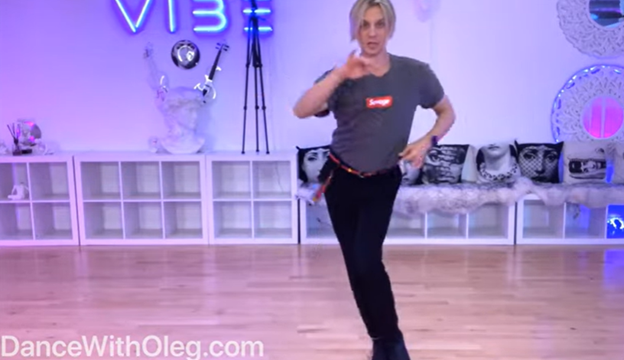 With over five million views on YouTube for his popular Lambada tutorial, Oleg Astakhov is captivating social media through his authentic dance routines with a following of over 107k on Facebook, 450k subscribers on YouTube and 684k on Instagram.

Oleg, a Ukrainian national, now residing in Los Angeles, California, is not afraid to pursue his aspiration of becoming the best ballroom dancer of all time.

“Actually, you know, I never wanted to dance. My parents pushed me but as I started dancing I was not succeeding and then it actually motivated me to become better and that’s how it all started” Oleg recounts at a back stage interview at the 2019 Millennium Dancesport Championships.

Born April 17, 1982 and raised in the city of Lutsk in Ukraine, Oleg Astakhov started ballroom dancing from an early age and competed in various dance challenges, one of which was in the Latin American dance programs where he won many Ukrainian national Titles.

While in Ukraine, he graduated from High school at Lutsk and then moved to Lublin in Poland to study Management & Marketing and Psychology at John Paul II Catholic University of Lublin – KUL, with a scholarship. He then graduated with a Master’s degree in both fields.

In 2004, he started gaining public attention and a growing fan base when he participated in a famous reality TV show in Poland – Bar 4. As the only non-Polish participant, he became one of the most popular participants in the show’s history.

He made his big break when he moved to the United states, participated and won many ballroom dance competitions as a professional dancer starting in 2005. He has since established himself as a relevant authority in ballroom dancing by becoming an award winning ballroom dancer and instructor, going ahead to open Beverly Hills Dance Studio. He has worked with different celebrities over the years, some of whom are Ariana Grande, Selena Gomez and Gwyneth Paltrow.

His dance studios: Ballroom Dancing LA Alhambra, Beverly Hills Dance Studio, and the Vibe dance studio are all located in California have all received recognition as excellent learning points with impeccable service. His latest dance studio is one of the world’s largest franchise, being a part of Fred Astaire’s Dance Studio in Arcadia, California.

The COVID-19 pandemic caused a lot of disruption to many people’s daily activities and greatly affected mental health. When many people saw nothing but problems, Oleg, turned the problems into solutions by creating opportunities to keep people from all walks of life on their feet. This he accomplished with his numerous video tutorials. In 2022, he launched the “Dance with Oleg” app which has garnered a lot of public attention and interest. Through his app, he offers monthly subscription tutorials on ballroom and Latin dance steps to students all over the world, communicating the language of dance in an easily understandable way. Oleg Astakhov has shown that with focus, determination and consistency, there is no limit to what the mind can achieve. Oleg Astakhov is actively taking the ballroom world by storm.