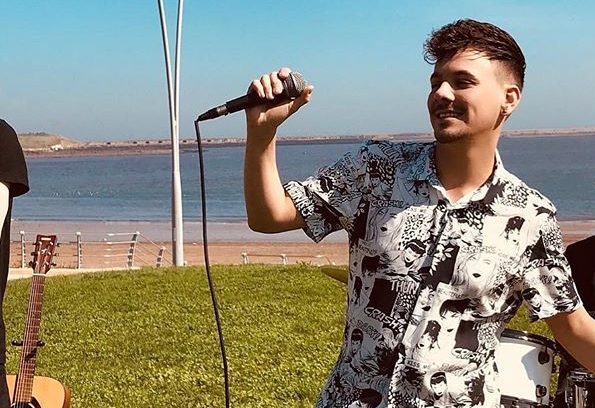 Every week there’s always lots of new music dropped, but there’s always one that jumps out at you, and Danny Dearden is here to give you that one song, titled “Can’t Stop Me Now”. This release follows up his collaboration with Dario G on the song “If You Love Me“.

Danny Dearden, is a singer-songwriter, who has been building his career over the last few years, especially making his name known on the Michael Calfan tracks “Could Be You” and “It’s Wrong” which both have over 2 million Spotify streams. His collaboration with Erlandsson “Different Kind Of Love” is his third most-streamed single with over 1 million Spotify streams. He’s got plenty of more new music on the way and we’re excited to see where his career takes him.

Spotify states that the song has been written by Cameron Warren, Danny Dearden, Evgeny Voronov, and Timur Shafiev, whilst it has been produced by Timur Shafiev, Evgeny Voronov, and St. Louis. We had previously heard this song live on stage when we went to see Yes Lad a couple of years back and Danny Dearden acted as support. A lyric video for the track was also dropped to accompany the single release.

This marks his first solo track in a couple of years, Danny Dearden has been releasing collaborations and features recently, so it’s nice to have a solo release instead. It starts off with a currently R&B beat as his smooth vocals give the track a pop-edge. This track really enables him to show off his vocal range capabilities. When we hit the chorus, it spins into a dance track that you can’t help but move to. This song has been a long-time-coming since we first heard it live on-stage, but it was certainly worth the wait as this is undeniably addicting.

“Can’t Stop Me Now” is available to download and stream right now, via YOKE Music.

What do you make of Danny Dearden’s new single “Can’t Stop Me Now”? Let us know on Twitter @CelebMix.