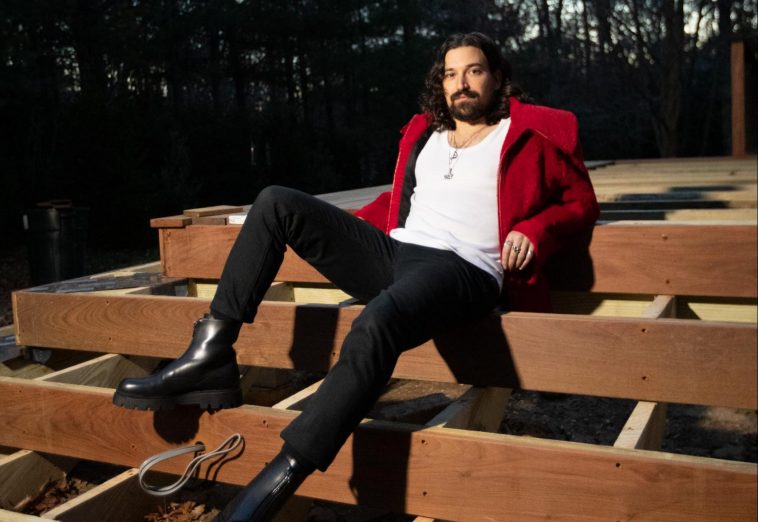 Reflecting on a past love, Davey Harris has released his new song “Ms Georgia”. With a country-rock style with pinches of mainstream pop, Davey Harris’ new single is one we could listen to on repeat. The track follows up his previous single “Honey”.

Davey Harris, real name David Muntner, is a singer-songwriter and multi-instrumentalist who previously co-founded Buffolo, NY’s The Tins who gained popularity with the song “The Green Room” and signed to Universal Music Group’s V2 Benelux label. Now, he’s venturing on this new solo project, with the release of “Self Saboteur” and “Predictable”, the latter of which is his most-streamed solo Spotify song, to date, although his 2021 feature on VUCA’s track “Glamour” is slightly in front. His awesome storytelling has really captured listeners, tackling the truths of his reality and mixing it with various concepts and sharing his commentary on life, love, sex, and dying, to create lyrical masterpieces. His recent intimate shows in the US have been unforgettable experiences and his singles and music videos have gained critical acclaim. He is certainly somebody you should be watching, as this is only the beginning.

Written by David Muntner, “Ms Georgia” takes country-rock to a whole new level, adding folk-like effects and gritty psychedelic rhythms. Easily reminiscent of Jace Everett’s “Bad Things”, this single by Davey Harris takes us on a self-reflective journey with unforgettable impassioned lyrics. We’re whisked away to a place that Davey Harris holds dear but ultimately that got away, along with a lover, and so we feel his heartache over both the place and the person, a bittersweet memory that is visualised and felt by every listener.

“Ms Georgia”, by Davey Harris, is available to download and stream across all platforms, now.

Let us know what you make of “Ms Georgia” by Davey Harris on Twitter @CelebMix.