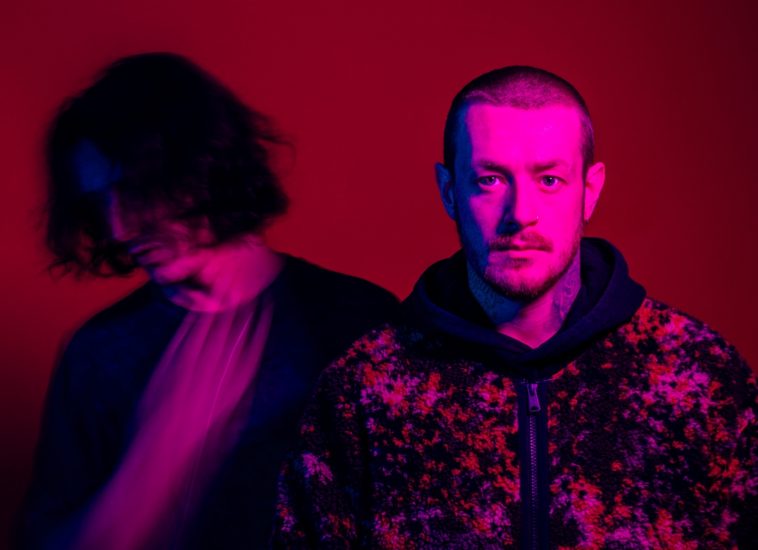 Deaf Havana have this week announced details of their upcoming 6th studio album, The Present Is A Foreign Land, along with the release of the records lead single, Going Clear.

Scheduled to drop Friday, July 15th, and set to comprise of 12 tracks, all written and performed by brothers James and Matty Veck-Gilodi, the new album will see the duo explore a multitude of emotive themes and social issues including imposter syndrome, conquering arduous life obstacles and self-discovery.

Having locked themselves away in a studio in Hastings, with producer Mike Horner (Hot Chip, Jess Glynne, YONAKA) the band began to tease fans yesterday (January 22nd) by offering them a glimpse of the type of sounds they can expect to hear in the form of their latest single, Going Clear.

Described as being their most “honest and vulnerable” single to date, the tracks super introspective and poignant lyrics tell the tale of the effects addiction can have on loved ones and family members who find themselves powerless in their fight to help a person struggling with substance abuse.

For the tracks accompanying single, directed by Anthony Neale (who has art-directed videos for the likes of The 1975, Liam Gallagher and James Arthur), viewers see both James and Matty exercise their demons in a variety of different, atmospheric setups – with each scene and scenario devised to help illustrate the themes presented in the song.

Commenting on the track, James says in a press release: “‘Going Clear’ is a song I started writing a long time ago but it wasn’t until recently that I really realised it’s a song purely about addiction and the effect it has on loved ones and family members. It’s a very straight forward and simple song but having gone through the years of substance abuse and seen the pain it brings first hand, this one really hits home.”

Like so many of us, life for the members of Deaf Havana changed immeasurably throughout the course of 2020.

Having originally decided to break-up after a decade together as a band, Matty continued his passion for writing songs which in turn brought him and brother James back together after a turbulent few months. The two-piece decided to continue as Deaf Havana, and headed back into the studio to begin work on new material.

As well as keeping themselves busy in the studio, the group will take to stage at various festivals throughout the summer, including Slam Dunk Festival on June 3rd and 4th, alongside Alexisonfire, The Wonder Years and Meet Me At The Altar. Tickets for the weekend event are on sale now here.

Fans who pre-order The Present Is A Foreign Land here, will receive a special access code which will allow them to buy tickets to see the band play an exclusive and intimate show in London and take place on Tuesday February, 22nd (the exact venue is yet to be announced.)

Let us know your thoughts on Deaf Havana over on Twitter @CelebMix now!