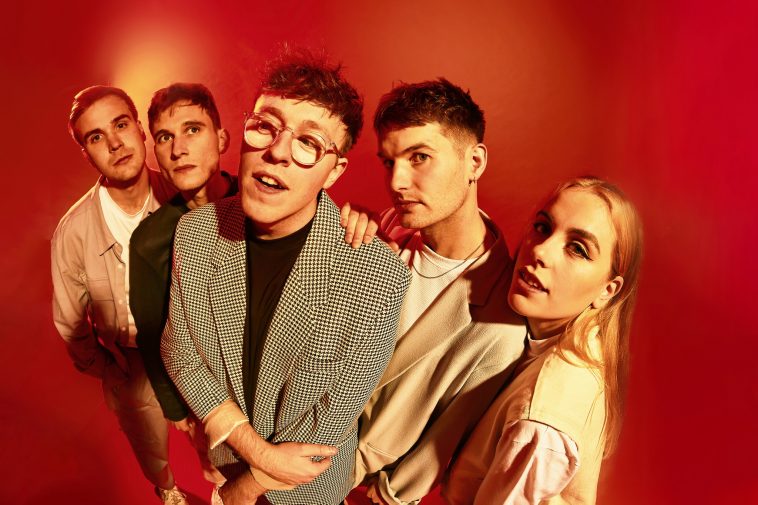 Deco make their triumphant return to the dance-floor today (December 3rd) with the release of their pulsating synth-pop inspired re-make of The Verve’s 1997 hit, Bitter Sweet Symphony.

Serving as the follow up to the bands viral mash up of Oasis’ Wonderwall and Bronski Beat’s Smalltown Boy, and released via Ultra Records (home to the likes of Calvin Harris, Deadmau5 and Lil Jon), the group pull out all the stops to transform the classic Britpop anthem into a “shimmering, electronic-tinged track” that combines electronica beats, and atmospheric instrumental, with a soaring vocal performance from the groups lead singer, Max Kendall.

With a nod in the direction of Duran Duran or Depeche Mode, as well as taking inspiration from their modern-day musical contemporaries CHVRCHES and The Weeknd, the single serves of another timely example of the groups innate ability to create “undeniable bops with a bite”.

Commenting on the tracks release, Max says in a statement: “2021 has been a crazy year for us, with the social media buzz, extensive songwriting and touring since things re-opened in the summer. We’re so excited to put out our first new music in over a year, and our first track released with Ultra Records. “Bitter Sweet Symphony” is an undeniable classic that reminds us of growing up, so we hope everyone enjoys our 80s-tinged, synth-pop take on it!”

UK-based quintet Deco are a band like no other, who move within their own lane blurring the lines between “timeless 80’s synth-pop and contemporary discernment”, to create timeless, top-tier pop bops that pack undeniable punch!

Following a year that saw them perform on some of the UK’s biggest stages, including Isle of Wight Festival, Truck Festival and Y Not Festival, support Jess Glynne at the Scarborough Open Air Theatre, and complete their own sold out tour, the group released their debut EP Real Life, in spring 2020.

Having spent Much of the last 12 months writing, recording and releasing their best music yet, the band find inspiration from an eclectic mix of recording artists including Duran Duran, George Michael, Dua Lipa and The Weeknd to create a unique musical style and sound of their own, and look forward to sharing new tracks with fans in 2022.

Let us know your thoughts on Deco over on Twitter @CelebMix now!