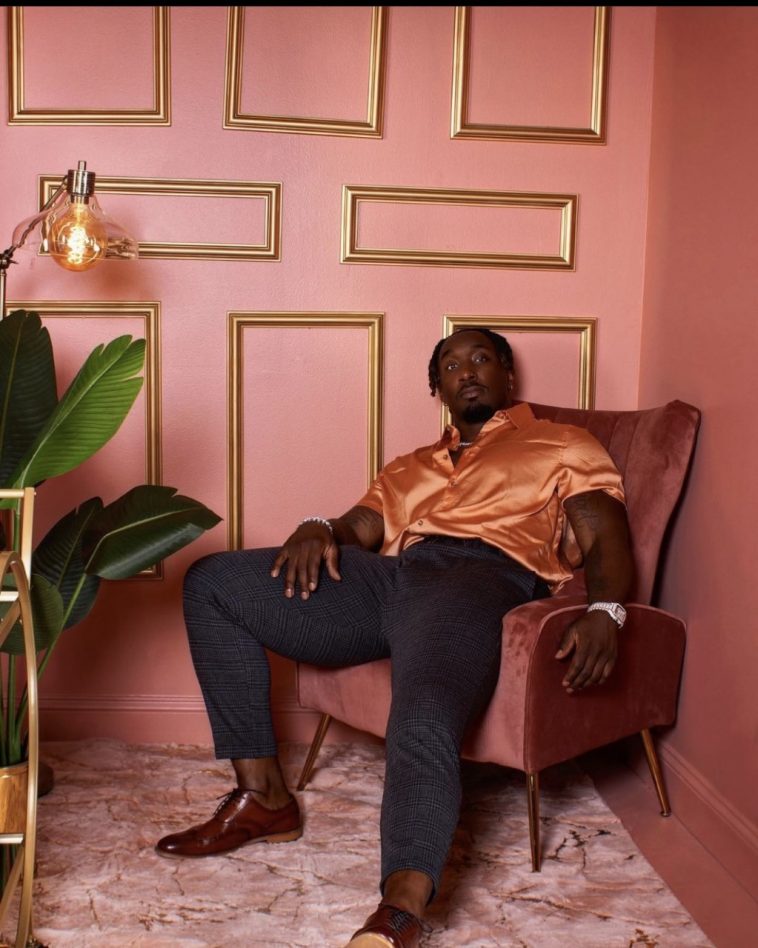 Growing up in Michigan, Demetri had a lot of exposure to talented musicians.  Demetri’s mother, grandmother, uncle and father all were singers and had passed down this talent to him as well.  His father was in a rap group as well as an MC, both very well known in Detroit.   Additionally, his uncles and mentor had given him vocal lessons at a very young age where he would practice what he was taught in the church choir. Through his exposure and experience, Demetri was able to pick up on singing easily even with it not being his first passion in life. Growing up he was involved in painting, drawing and football which all taught him hard work and dedication.  After those were sought out, he found that music was his true passion in life.

Demetri keeps a very focused and structured life in order to grow his talent and creativity.  Additionally, he calls his team every day to keep them updated on his current status and music process as well as checking in on them to make sure they are up to par with their parts.  Demetri’s persistence with his team and talent has brought him to where he is today, producing music and keeping his passion ever growing. Furthermore, Demetri keeps a strong connection with his spirituality and tries to incorporate this aspect of his life into his music. This helps connect his audience to him on a spiritual and physical level as well.

Demetri is an independent artist who works with Bdub to engineer his unique sound. Together they have collaborated on Demetri’s new song “Ride”. He describes this song as an outlet for him where he talks about the ups and downs of one’s relationship and understanding that they will ride with you through thick and thin. There is no doubt that Demetri will keep elevating his sound and grow the connections with his audience through this new release.