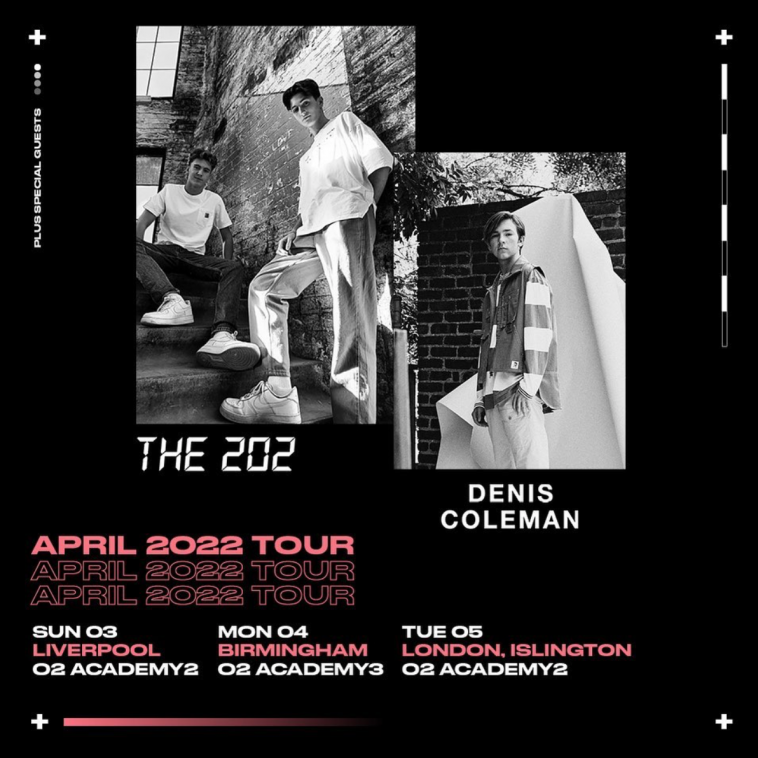 Two of pop’s most promising acts are joining forces to hit the road next year.

Denis Coleman and The 202 today announce a three-date tour for April 2022.

The singers will stop off in Liverpool and Birmingham before a final date in London.

Joining the duo will be extra “special guests”, yet to be announced.

Breaking the news on social media, Denis Coleman wrote: “Come see me and @the202band on tour in April next year! I’m so excited to meet you all on tour, it’s gonna go crazy.”

The 202 boys added: “Lots of big news to come this week but we wanted to start off with telling you that we have new dates on sale from Friday with our friend @DenisColemanMusic for April next year. We are so excited to get out and see you again at last.”

The pair had been set to play a string of joint headline shows this September.

Those shows had been postponed but now fans won’t have to wait too much longer to see the rising stars in action.

The 202, formed of Henry, Eddie and Luke are joining the ‘Imperfect’ singer on the road.

They’ve drawn comparisons to The Vamps, New Hope Club and PRETTYMUCH as they rocketed into the limelight over the past year.

The group also supported New Hope Club on their string of summer shows this year.

Tickets to see Denis Coleman and The 202 in April 2022 go on sale this Friday.

Are you a Denis Coleman fan? Love The 202? Let us know @CelebMix on Twitter.