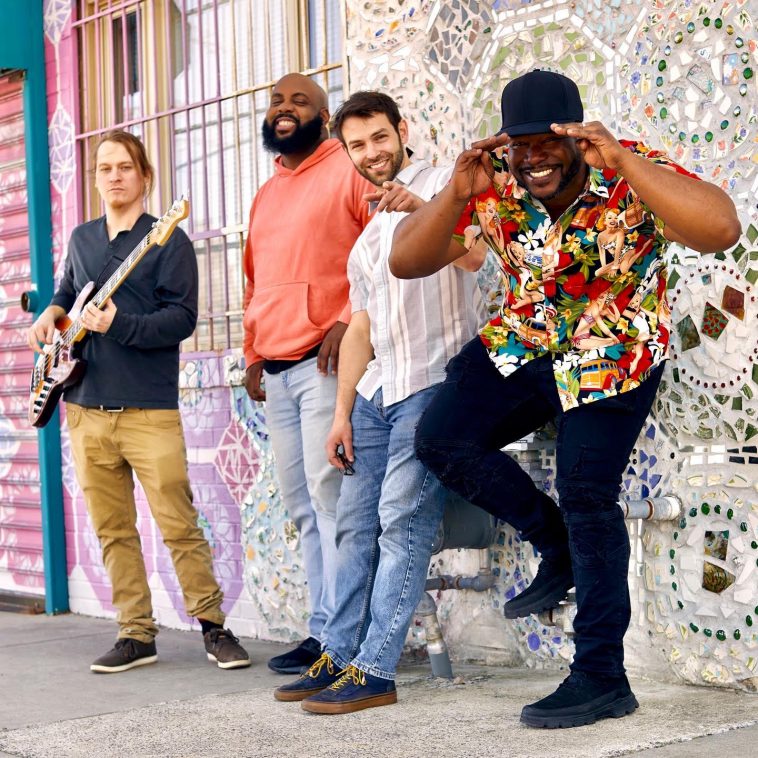 We never say no to feel-good vibes, so we absolutely loved hearing “Hypnotized” by Archpalatine upon first listen. They bring it with integrity and lyrical conviction that makes this track totally addicting. This release follows up their previous single “Why Do You Still Love Me” and they’ve even dropped a new single, since, titled “Can’t Compare”.

Archpalatine are a four-piece band from Philadelphia, Pennsylvania, consisting of Derek Anthony Wilson (Keys/Lead Vox), Anthony Pompey (BG Vox/Lead Vox), Ben High (Bass), and Aaron Wolf (Percussion/Drums). They were formed in 2018 when they dropped their debut album Peter, which they later followed up the following year with Amalgam. Prior to COVID-19, they toured across many states in the US, building up their fanbase, and after covid, they’ve been included in many festivals and events. They managed to gain an awesome achievement by singing the Black National Anthem, acapella, in front of 1,000 – 3,000 people at 5 Villanova Basketball games. They are set to go out on tour this year, hitting their hometown as well as New York City.

The song has been written by Derek Anthony Wilson, Anthony Pompey, Ben High, and Eric Allenson, while it was produced by Michael Trycieckyj and Derek Anthony Wilson. The band describes their music as Histronic Cosmic Soul and we’re not surprised they have coined their own name for the genre of music that they release as we guarantee you’ve heard nothing like them before, spreading positivity and jovial vibes through funk and soul, making an impact on every listener. Clearly influenced from the soul gods of the ’80s and ’90s, “Hypnotized” hits the listener from the get-go. The funk waves steadily get added as the track goes on, bringing an inspired and infectious beat. Lyrically, they are honest and compassionate, adding a seductive spin to the whole thing, transporting the listener into the thick of things where a sexy imaginative dancefloor flirting scene is taking place – and we are living for every second of it.

Speaking about “Hypnotized”, the band said: “Written in a dream on Valentine’s Day, ‘Hypnotized’ represents the wonderfully woozy feeling you get when you are on the dancefloor and someone you’ve been eyeing all night gives you a taste of their amazing energy and chemistry. We’ve all been there. And once you enter that zone, they are the only person to exist in the building. The message is one of fun, joy, and letting everyone know that some styles of music are timeless. As art forms, all songs are up for interpretation, but the feeling of timeless music is transcendent.”

“Hypnotized” is available to download and stream right now. Expect their third studio album to be dropped sometime this year.

Let us know your thoughts on “Hypnotized” by Archpalatine on Twitter @CelebMix.