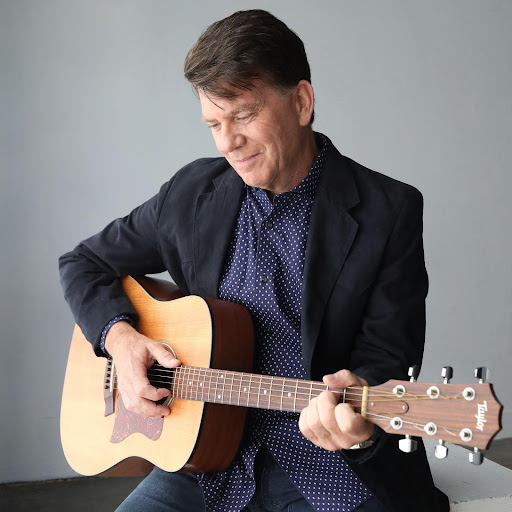 Singer-songwriter, Chris St. John, has dropped his third studio album, titled “When Dreams End”, bringing versatility to the table with his multitalented abilities to delve into a variety of different genres, creating a diverse set of tracks. The release of this album follows up his previous LP, titled “Fly Away”.

Chris St. John is a singer, songwriter, and guitarist who has been making his name known in the indie world with his albums and singles hitting the World Indie Music Charts and the Euro Indie Music Network. His diversity and versatility are showcased in all the music that he has released, dipping and diving into a variety of musical genres and styles. This has allowed his albums to receive critical acclaim and allows him to stretch his skills in world music as a whole. Vibing off the energies he is feeling on the day, this singer-songwriter embraces ambiguity and mystery to what he is going to release next, leading to an excited fanbase who are eager to hear his next track.

Talking about the different styles and influences whilst creating this album, Chris St. John said: “Some of the session players asked where I came up with my different chord changes and melodies. ‘I just hear them and find them on the guitar,’ I said. I don’t follow any rules or formulas. I just express myself,” he added.

The album is produced by renowned artist and producer Stephen Wrench at Musik and Film. It was cut at Darkhorse and Sound Emporium studios in Nashville, with some of Music City’s most distinguished session musicians. “It started as an EP, but I kept writing, so we made it an LP,” Chris St. John said.

Consisting of eight tracks, “When Dreams End” is a varied world genre album that is completely diverse. “Lost Without Your Love” kicks the collection of tracks off with a dreamy rhythm and encaptivating lyrics about love with Chris St. John’s impressive heartfelt vocals and a stunning music arrangement. “Oh Papa” follows by taking up a more indie-rock melody with elements of country and folk while the lyrics are relatable to many who have lost a father, set to pull at the heartstrings and make you tear up. The third track is “No More One Mores” and links in nicely with the previous song, stripping it back to an acoustic-like country vibe allowing Chris St. John’s vocals to completely shine.

“What’s Wrong With Me” is the fourth track on the album, bringing soulful ballad energy with an upbeat guitar melody backed by a dreamy vibe and violin chords; it’s an honest reflection track that stands out easily on this LP as its highly relatable to all and it’s completely authentic to Chris St. John. Easily our favourite track on “When Dreams End” and one we could easily listen to on repeat. If there’s one song you listen to from this album, it has to be this one.

The title track is next, “When Dreams End”, and it follows on brilliantly from “What’s Wrong With Me” as it is about innocence and spirituality, which Chris St. John strongly defines in a country and western style concept that totally hits differently than any of the other tracks on the album. “Her Name Was Lilly” switches the entire album up by drawing on Latin-Pop influences and allowing Chris St. John to try something unique by singing the chorus in Spanish. “I wrote the song based on my mission trips to El Salvador and the beauty I found in the people and the country,” Chris St. John said.

The seventh track on the album is “These Curves”, delving into a more western style, with a relaxing yet groovy beat mixed with Chris St. John’s strong deep vocals as he sings about a love interest. “Bitter Tears” ends the album with the lyrics touching on the end of a long-term relationship, destined to be relatable to a variety of listeners, and Chris St. John doesn’t hold back giving a soulful and honest vocal delivery as well as sweet harmonies with a backup female vocal, backed up by a profound instrumental delivery.

“When Dreams End”, the new album by Chris St. John is available to download and stream, across all platforms, right now.

Let us know what you make of “When Dreams End” by Chris St. John on Twitter @CelebMix.