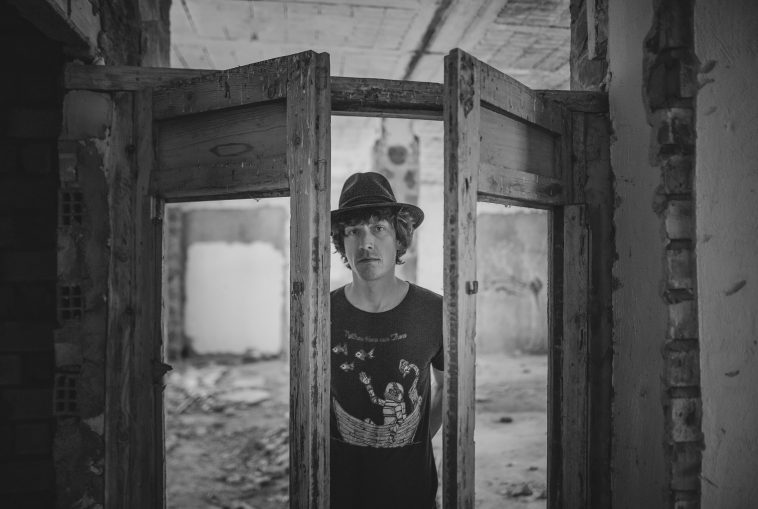 Making a statement in the alternative rock genre is Gated Estates with his debut single “A Letter”. The track transforms what we know alt-rock to be, crafting an emotional ballad-like melody while also adding an electronic instrumental piece, engaging listeners from start to finish.

Gated Estates is a back-to-basics project by Welsh-born Dan Linn-Pearl with the intention to take his music back to conventional songwriting and production, as opposed to being an experimental musician, improviser, and sound installation artist. He is best known for being one-half of the duo, Peiriant, alongside his wife Rose Linn-Pearl, having gone on to perform at Glastonbury, Nozstock Festival, Lakefest, How The Light Gets In, and The Big Chill. With this project, he plans to explore melodic songwriting and a rock sound ethos with more experimental approaches to sound designs. His debut single, “A Letter”, is the first release from his forthcoming debut album, which is set to contain 10 tracks that tell an overall story from the confines of an imprisoned mind to some iteration of eventual freedom. Prior to the release of the LP, he plans to release two more singles, titled “Fiction” and “Shitshow”.

Talking about the track, Gated Estates said: “’A Letter’ explores the relationship we create between our younger innocent self and the future personality we develop through our unfolding experience of the world. Musically, I was inspired by the landscape where I live, the Brecon Beacons in Mid Wales, and have tried to convey the open and expansive nature of the scenery. The driving beat and rhythm portray the flow of life and our real-time experience of the world as we travel through it.”

Watch the music video for “A Letter” by Gated Estates here:

Written and produced by Dan Linn-Pearl, with drums by Shane Dixon, and additional vocals by Jon Morgan, “A Letter” is redefining alternative rock by infusing experimental electronica to make an impact on the listener. Gated Estates uses the emotion found in the vocals and the lyrics and structures this feeling and sound into the indie rock production, finding the space to interject electronic beats and experimental cadence. Lyrically the song navigates the relationship that one has with their inner child and how that can change and tranform our lives in reality. Our minds are complex and our inner voices aren’t always able to communicate with us in a way that is understandable or sometimes we just don’t want to listen, and so it’s no surprise that Gated Estates has created this chaotic yet nuturing mixture of a track, that totally works.

As for the music video, it has been filmed by Martin Whittaker and stars Idris Linn-Pearl – Gated Estates really is a family project, even if Dan Linn-Peal is fronting it. We see a variety of scenes throughout the visual which is mainly shown in black and white. The performance sections sees Dan Linn-Pearl up on what looks like a mountain range – it must be Brecon Beacons as that is where the family lives – singing the song through the rain, as he is soaked through and through. We also follow a young child – who we presume is Idris Linn-Pearl – who is wandering around in a forest with an umbrella. There are also submersive water scenes. These all come together to relate effortlessly with the meaning of the song, showcasing the relationship with ones inner child, and the depths it can take to connect.

Stream the track on Spotify here:

“A Letter” by Gated Estates is available to download and stream across all platforms, right now, via Broken Blue Bottle. The track was Mastered by Sam Grant at Blank Studios, Newcastle upon Tyne.

Let us know what you make of “A Letter” by Gated Estates on Twitter @CelebMix.