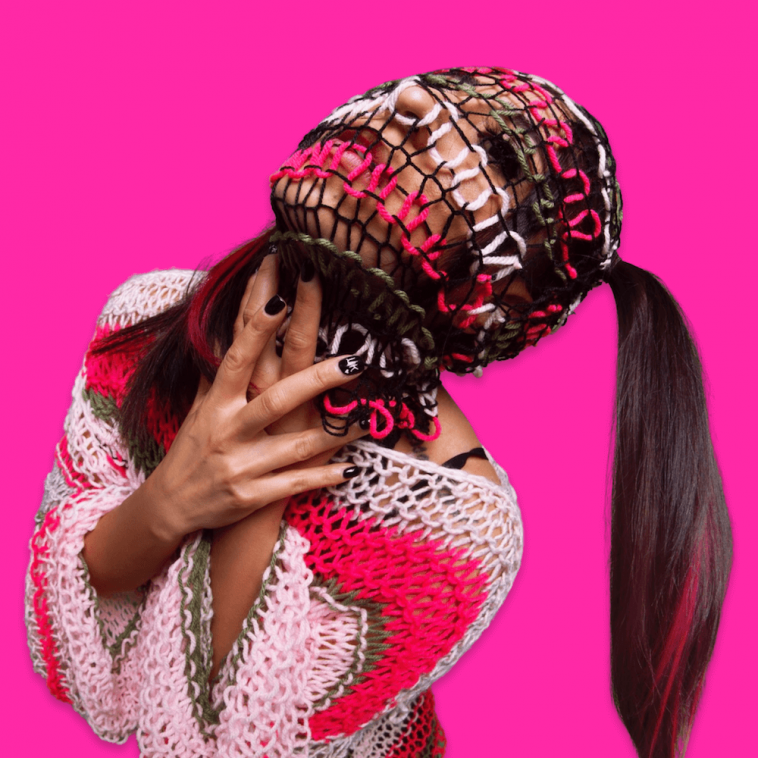 The start of this month saw rising star LESS KILLJOY drop an honest self-reflection EP, titled “Pink Grenade”. It marks her debut EP release, following on from three previous singles – “Palm Trees”, “My Parade”, and “SAD GIRL SUBURBIA” – all of which appear on the EP.

LESS KILLJOY is a fully-fledged rising star from Toronto, with thousands of Spotify streams to her name. Her inspiration comes from story-telling, throwing the playbook of any genre out of the window and just creating music, creating a story and being relatable to her fans. Her versatility in a variety of genres has led to her gaining popularity and thousands of streams and, in turn, thousands of followers across her socials. Her determination and focus on her music career just go to show why she is the rising star that she is.

Working closely with producer Benjamin Thomas on this debut EP, LESS KILLJOY makes an unforgettable impact with her debut EP. “Pink Grenade” was produced by Benjamin Thomas with all songs credited to him with the track “My Parade” gaining an additional co-producer credit by G. TORRN. Talking about the EP, LESS KILLJOY said: “I want people that listen, to somehow feel like they’re being seen and accepted for exactly who they are. As an artist, I’m trying to be fearless with what I share with the world. I don’t want to hide my true feelings about life and the world I live in. I want to be me on and off stage. Authenticity shouldn’t be a selling point in an artist’s bio… it should be a prerequisite for making music. We all have a voice inside us, the only way I can fail is to ignore that voice. I did that for too long.”

The EP starts with the track “Palm Trees”, introducing us to her dreamy synthesisers mixed with her gorgeous vocals and relatable energy. The track is a stunning, unforgettable strength track relinquishing the reality and taking the listener to palm trees on an island – she transforms that atmospheric energy into this catchy track. It is followed by “My Parade”, which adds some aggressive electric guitars and grungy acoustic guitars whilst adding a ’00s angst rock vibe to her vocals and it’s undeniable to see the inspiration from My Chemical Romance in this song, yet LESS KILLJOY has transformed music from that era and twisted it around the indie vibes of this decade, the ’20s. “Pink Grenades” is up next and LESS KILLJOY delves deeper into the pop-rock sound surrounding her heartfelt vocals with slow ballad-like beats. The honesty and self-reflection found in the lyrics give chills to the listener easily making this our favourite track on the EP and it’s no surprise that the title of the entire collection is taken from this track, almost as if the EP itself is one of the pink grenades she is singing about in the lyrics; with all that going on and LESS KILLJOY flooding the track with emotion, we feel a No Doubt vibe coming from this with her vocals taking on a Gwen Stefani energy, whilst also giving a bit of Paramore ballad atmosphere.

The fourth track on the EP is “Margot Robbie”, who is an Australian actress best known for many Hollywood film roles, and this track revels in LESS KILLJOY’s idea of Margot Robbie being stunning, and let’s be honest, she isn’t wrong at all. She admits that she doesn’t look like the film star but wishes the film star would call her whilst also asking where her future lover is and that she hopes they look like Margot Robbie. The track acts as an interlude for the EP and it’s a catchy unforgettable track that we’re sure the film star would approve of. “SAD GIRL SUBURBIA” follows and this is where she delves into the deep dark acoustic guitars and hard rock vocals and angsty lyrics – LESS KILLJOY makes a relatable statement and we’re here for it, we’re all sad girl queens. “blink-182” is the sixth track, yes the song not the band, although the track is about the band so LESS KILLJOY continues to showcase her interests and her loves. It’s no surprise, with this track, that there’s a raging acoustic guitar and inspired blink-182 lyrics, and LESS KILLJOY pulls it off incredibly, with heartbreaking lyrics that are determined to be stuck in your head as we’ve all been in this situation and we all know how it feels. The EP ends with the track “Orange Juice”, stripping her sound back and letting her vocals tell the story of her, of where she is right now in her life and all the wishes that she has, knowing full well that she’s exactly where she needs to be. It’s beaty, rhythmic, and groovy with a full-on catchy hook that leaves a lasting impression – we’ll be clicking that replay button, that’s for sure, and we bet you will too.

Listen to our favourite track from this EP on Spotify here:

“Pink Grenade” by LESS KILLJOY is available to download and stream right now, across all platforms, via Handwritten Records.

Let us know what you make of “Pink Grenade”, the debut EP from LESS KILLJOY, on Twitter @CelebMix.