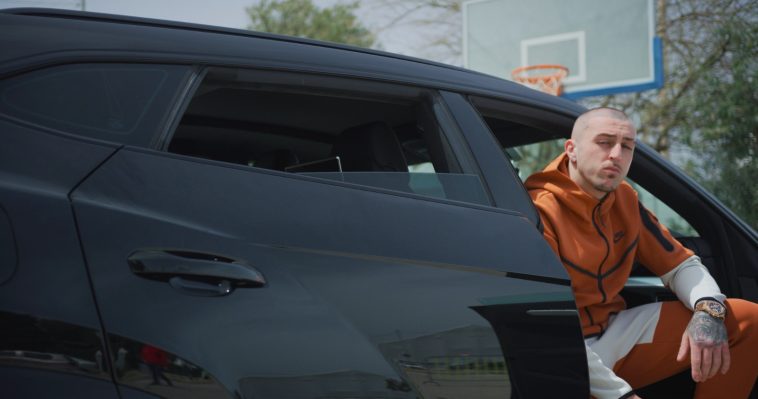 Recently released, Rheez. shines on his new music video for his latest single, “PTSD”. Giving us a melodic new-wave trap track with a shining lyrical rap throughout, Rheez. certainly knows how to give it to us, and the music video allows him to up his game, turning it into an unstoppable and memorable visual. This follows up his previous music video release “Bits & Bobs”.

Rheez., real name Rhys Bezzina, was born in Malta but relocated to the UK at the age of three and has been on the rise for a number of years. During his teenage years, he experimented in music, becoming a drummer where he performed in rock, jazz and commercial music. As he got older he found a love for hip-hop and rap, going on to release his music in 2015, under the name Tydal, at the age of 18. A few years later, in 2019, he recovered from a serious health condition, and reformed his sound bringing this trap hip-hop under his new moniker, Rheez.. Fans of the X Factor Malta will recognise him from the third season in 2021, where he shocked judges with his first audition and managed to make it to the judges’ houses. With 15 self-funded music videos, his stage experience having performed all over the country, and his ever-growing fanbase, Rheez. is consistently making a mark on the music industry and becoming someone for us all to watch.

Talking about the track, Rheez. said: “’PTSD’ is a recollection of the past two years going through life in the ages of covid. The embracing of adversity and turning it into prosperous moves is the main aim of this melodic release. The goal was to show a different angle to my style, I’ve always been inspired by Trap, and I embraced my own version.”

Watch the music video to “PTSD” by Rheez. here:

This is a superstar song and music video, with Rheez. easily bringing the listeners into his organic rap flow, showing new-wave trap in an entire new light and rhythmically delivering bars that are not only unexpected but also addicting. His flow has an ease to the listeners’ ears as he delivers real and honest lyrics, before switching flows and giving a different beat and rhythm before switching again, effortlessly showing his artistry in the rap music industry.

The music video is professional and honest, allowing the viewers insight – not only into his life and the hip-hop world in general but also insight into the lyrics of his track, which are displayed at the bottom of the visuals. Rheez. brings it for the visual, giving grit and edge to his lyrics and pumping out the words with so much meaning that the viewers can feel the strength of the song throughout. Full of stage presence, we’re more than sure that no one would be disappointed when attending one of his shows – how the X Factor Malta judges didn’t put him through to the live shows, is something we will never know. The music video is already his most-viewed video on his YouTube Channel with over 7,000 views to date. Rheez. is definitely a rapper to watch as he continues to grow, and if “PTSD” is anything to go by, we’re in store for more incredible songs and music videos.

“PTSD” by Rheez. is available to download and stream right now. Mark our words, keep your eyes out for Rheez. in the coming years, as his flow and rhythm as well as his rap game is at such a high level that he is bound for greatness.

Let us know your thoughts on “PTSD” by Rheez. on Twitter @CelebMix.