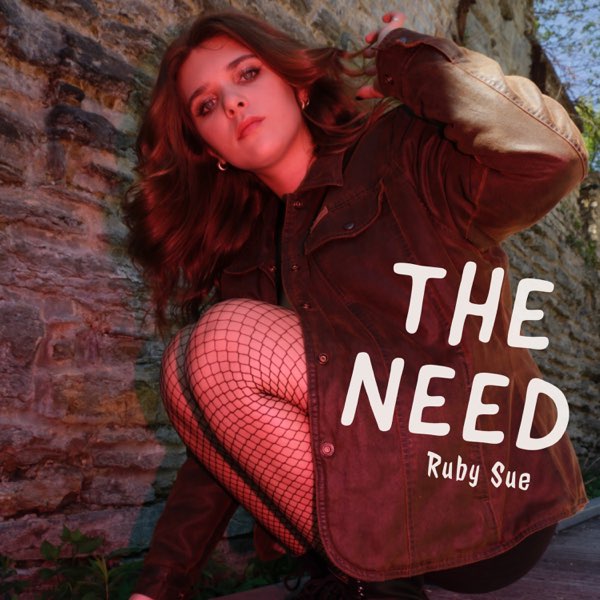 Jumping right into the music scene with her debut album is Ruby Sue who has released a 12-track indie-alt-rock LP, titled “The Need”. Using her gap year to focus on her music, this album took her nine months to write, record, produce, and release.

Ruby Sue, real name Ruby Sue Fredricksen, is a singer-songwriter from Minnesota who is currently a freshman at Arizona State University where she is studying business. She took a gap year between high school and college to create this debut album, “The Need”, putting everything into this project and it certainly paid off. Those gruelling nine months used her childhood skills of learning to play the guitar at age six and going on to learn the viola at ten years old, later becoming part of various orchestras as well as the Minnesota Youth Symphony, her vocal lessons where she discovered her voice, and also the knowledge she gained from studying advanced music theory. Collating all that into this LP to make a stunning indie-alt-rock album, titled “The Need” showcases how brilliant she is. She has also promised more music releases in the future, as she continues to study business.

Fuelling her indie-alt-rock fantasy, Ruby Sue starts her debut album “The Need” with the track “Teenage Garbage Dump”, which takes us back to the indie-rock of the late ’90s and early ’00s when Buffy the Vampire Slayer and Charmed were on TV, making this the sort of sound you’d expect to be a part of their soundtracks. Full of nostalgia, Ruby Sue continues this theme in the rest of the tracks, switching it up as the second track, “ROCK STAR” shows as it is much more heavily influenced by rock.

Showcasing her musical abilities, Ruby Sue impresses on the tracks “Let Me Out” and “Black & Blue” as you can hear the distinct sound of viola and violin incorporated throughout keeping the nostalgia element whilst putting the main focus on these chords. On top of that, the title track “The Need” is perhaps the most unforgettable track as her incredible vocals are spotlighted as she sings about loneliness and how it can ebb away at optimism. The eighth track, “HEAR ME”, also shines for all the right reasons, her voice is highlighted and full of emotion, with chords from drums and a guitar, really showcasing Ruby Sue’s passion for music.

There are clear ’00s rock influences throughout this album, with “The Craze”, “Dear Aunt Michelle”, “I Do” and “HOW MANY MORE?” siding on the typical rock style, that truly allows Ruby Sue to showcase her drive for this sort of music. Her vocals are subtle but strong, easily reminding us of the softer side of Taylor Swift’s voice, so mixing it with a rock theme shouldn’t work, but she has produced, mixed and mastered this brilliantly. Sometimes an album track becomes a true gem, and “Sam Johnson” is definitely that, it’s a catchy little number that has country vibes, especially Irish country vibes that we didn’t know we needed to hear until now. “I Remember September” ends the album, with Ruby Sue stripping it back and making a statement and an impact making us want to listen to the whole album a second and third time.

Talking about the album, Ruby Sue said: “During my gap year between high school and college last year, I was feeling lost and trying to find myself; I found music. I’ve always been a musician, but music was the only thing that felt right when everything else felt off. The lyrics and melodies rushed out of me like a burst dam. ‘The Need’ tells a true story of needing to be seen, heard and experience life. Growing up isn’t easy; it can feel daunting and lonely; the ultimate message is that if you feel the need to be seen, you are not alone.”

Listen to “The Need” by Ruby Sue on Spotify here:

“The Need” by Ruby Sue is available to download and stream right now, on all platforms, via Fragmented Records. Expect more new music to be on its way from this incredible artist.

Let us know what you make of “The Need” by Ruby Sue on Twitter @CelebMix.