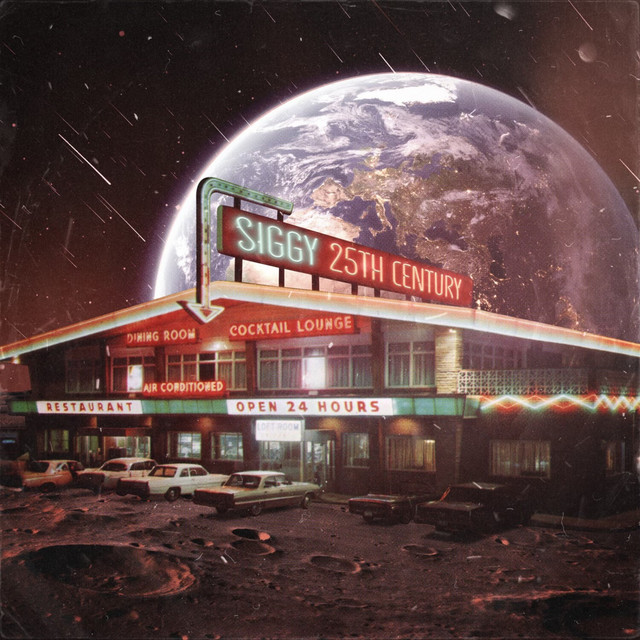 Keeping rock and roll alive are Siggy, who have released their new album, titled “25th Century”, marking 23 years since they released their debut album – titled “Harlow’s Girl”, which was dropped in 1999. Consisting of a total of 10 tracks, the album showcases how they have developed as a band over the years.

Siggy are a four-piece rock band consisting of Galen Buckwalter (Vocals), Ryan Howes (Guitars, Backup Vocals), Paul Netherton, (Drums), and Deborah Buckwalter (Bass, Backup Vocals). They’ve released a total of four albums, which are available on streaming platforms, “Harlow’s Girl” (1999), “Cryptophasia” (2004), “The Absinthe Effect” (2008), and “25th Century” (2022), as well as an EP titled “R” (2001). Described as a cross between Iggy Pop and Ziggy Stardust (David Bowie), Siggy brings these four band members together once a week every year and has done so for the past 25 years, allowing them to establish themselves professionally and collectively. They have also had successes in different fields, individually, but they are all devoted to that once-a-week gathering – even during the pandemic, which allowed them to move out of the studio and into the backyard, stripping it down to the acoustics. Their new album, “25th Century”, really does showcase their 25 years of experience.

The album starts off with the lead single from the album, “Synesthesia”, which introduces the band brilliantly, giving the listeners their punk style mixed with rock and roll with a ’90s-esque vibe whilst also keeping it modern, transforming music as you know and unpacking it in a vibrancy of colour and lyrics. They carry a more rhythmically relaxed sound through “Orbit” and “Marianne” spotlighting the passionate vocals. “Drunken Prayer” tonally mixes it up, holding a more deep rock ballad that has country vibes to it with Galen Buckwalter impressing on the vocals, almost as if he was drunk during the recording of the song, adding flair and integrity. “Splitter” sees the band rock out more rhythmically with some brilliant instrumental sections, whilst “Jr. High Dance” tells the story of being happy alone, although the song is far from jovial. The next songs, “Crayola” and “Lips Like Sugar”, are more rock and roll, whilst the title track, “25th Century”, leans into ’90s rock ballad rhythm mixed with passionate punk lyrics and soulful guitar tones. The album ends with “Sorry”, adding a more acoustic vibe reminiscent of ’00s underground rock and roll with the backing vocal harmonies creating the unforgettable chorus.

Talking about the album, Siggy said: “’25th Century’, brings a message grounded firmly in hope, with the fury and the rank psychic pathology of the 21st-Century. We don’t have endless spins around the sun to leave our mark; will it be for the betterment of our progeny or ‘to die with some useless toys.’ ‘Synesthesia’ is an anthem to everything we do not yet know, from feeling our dreams in the color green to painting throaty lullabies from palettes of notes. If we do not yet understand the edge cases of our sensory processing, how much learning do we have to look forward to till we grock the likes of the free energy principle and string theory?”

“25th Century”, by Siggy, is available to download and stream across all platforms, right now.

Let us know what you make of “25th Century” by Siggy on Twitter @CelebMix.