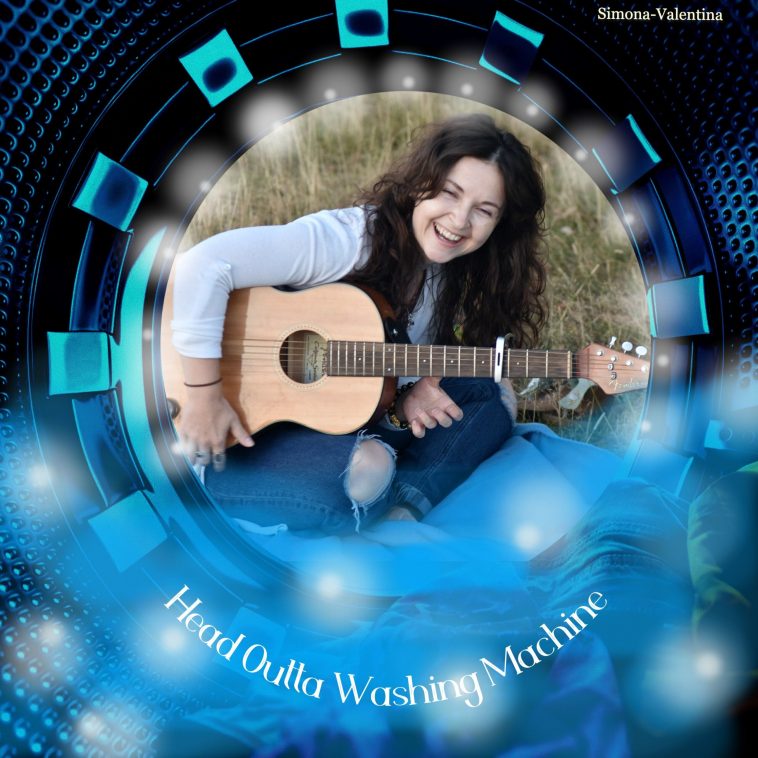 Released last month, Simona-Valentina confesses her story about singing with her head in a washing machine in her new single “Head Outta Washing Machine”. Spreading confidence and self-love with this country pop-folk track, Simona-Valentina transports us away to youthful innocence. This follows up her previous single “Bitter In Love”.

Simona-Valentina is a Romanian-born but London-based country pop-folk singer-songwriter who is also one-half of the duo SVRPoole. It all started for her at a young age when she picked up skills of creating rhythms with handclaps and making up rhymes. This soon led to her writing poems which she later turned into songs. She mentions she struggled with anxiety in the past, but she’s managed to put her introverted self behind, in some cases, and get up on stage and perform at various venues in and around London. She made her debut in March 2019, dropping the single “Unspoken Love” and racked up tens of thousands of streams on her single “Whispers”, making it her most-streamed song to date. She is currently working on a break-up song and an SVRPoole album release.

The song was created in Simona-Valentina’s home studio with the help of her fellow SVRPoole member, Ricardo Poole, who is also a multi-instrumentalist and her frequent collaborator, whilst Liam Wheeler at Alberto Mixing handled the final mixing of the track. Simona-Valentina completely shines in this captivating track, taking her childhood story and turning it into a positive and empowering track. The country vibe to “Head Outta Washing Machine” is prominent and rhythmic, setting the tone of the track as Simona-Valentina twists her pop voice in and out of her folk tendencies. The guitar adds to the possible dark space creating a cavern of energy for the listeners. Impressive, to say the least, Simona-Valentina manages to showcase exactly who she is as an artist, submerging the listener right into the scene she is singing about – only the best artists and songwriters in the world are that capable, and Simona-Valentina is up there with them.

“I used to sing with my head in the washing machine when I was six years old. This is my retrospectively funny music story, and what I am confessing with this new song,” Simona-Valentina said, talking about her new single. “I was shy and introverted at that age, lacking the confidence to sing in front of people; hence, the darkness and intimacy of singing with my head inside the washing machine appealed to me greatly.”

“Head Outta Washing Machine”, by Simona-Valentina, is available to download and stream right now. Keep your eyes out for Simona-Valentina’s next song which is set to be about a break-up. She is also working on SVRPoole’s upcoming album.

Let us know what you make of “Head Outta Washing Machine” by Simona-Valentina on Twitter @CelebMix.