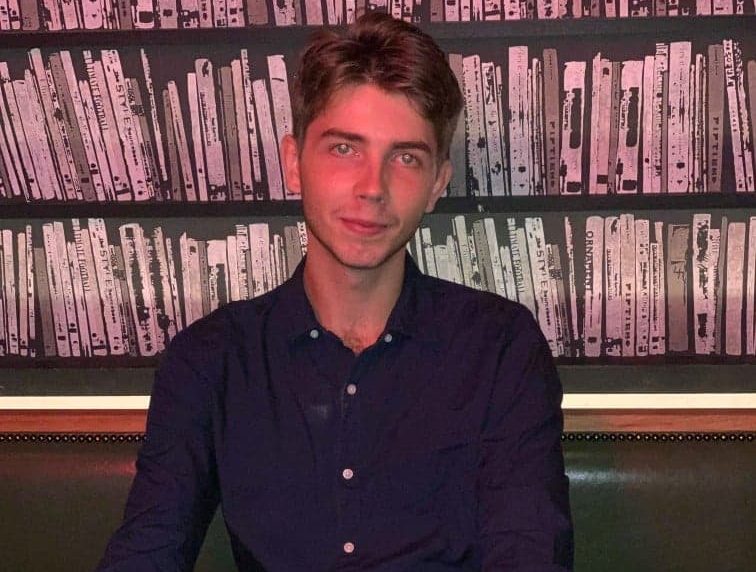 Mixing indie-psych-folk with dream-pop isn’t an easy task to pull off, yet “Revolution Then” by Ted is a hazy concoction that takes us back to 1789 with lyrics describing the French Revolution. The release of this track follows up Ted’s previous single, titled “Pebble in the River”.

Ted, real name Peter Ted Thomas-Warman, is a singer-songwriter and multi-instrumentalist from Bendigo, Australia. Currently working full-time as a radiographer, Ted uses his music as an escape, and he’s clearly not the only one with tracks going viral on streaming platforms, gaining tens of thousands of plays. “Porcelin Faces” is his most-streamed Spotify track with “Spiral” following just behind. He can play the saxophone and also became a self-taught guitarist at the age of 14. Using the money gained from his full-time job, he built a home studio so that he could work on his music during his spare time, and he soon dropped his official debut single “Spiral” in 2022, which was later followed by an EP, titled “Dilapidated”, the title track of which was the first track he ever made, initially as a lo-fi recording on his phone. His dreamy-indie-pop easily takes listeners away and encourages them to replay his songs to break away from everyday life, so it’s not a surprise to see him rack up high streaming numbers.

Written by Peter Ted Thomas-Warman and Tyler Crawford, “Revolution Then” is an alternative-style track that infuses dreamy-pop with indie-psych-folk, wrapped around lyrics which tell the story of a historical revolution. Guitar chords strike the start of the track, instantly creating a tranquil melody. Listeners are transported back in time to the 1789 French Revolution with the lyrics effortlessly painting the visual, as Ted’s monotonous vocals add description during the verses before adding flavoured texture during the bridge and choruses. The entire track warps together to allow listeners to gain perspective about that era. The backing track is ambient from start to finish, with a framework consisting of guitars, bass, drums, sax, and keys, guaranteeing a dreamy journey back in time.

Talking about the track, Ted said: “The song is loosely based on the French Revolution. I was inspired by some more recent political events which occurred in the US. I wanted to convey this in a way that was like telling an old story to a child, like in a nursery rhyme.”

Stream “Revolution Then” by Ted on Spotify here:

“Revolution Then” by Ted is available to download and stream across all platforms, right now.

Let us know what you make of “Revolution Then” by Ted on Twitter @CelebMix.