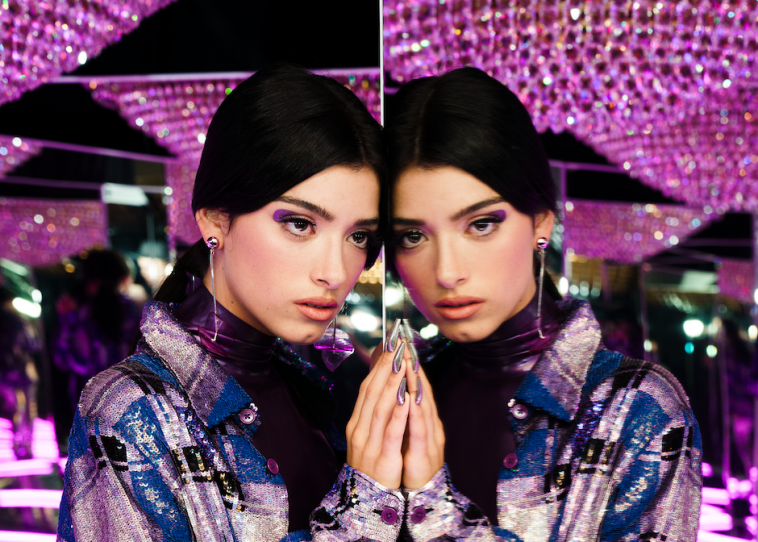 Recording artist and social media star Dixie D’Amelio is back with her latest single ‘Psycho’, which sees her team up with rising rapper Rubi Rose.

Written by Dixie along with Claire Chicha and Peter Fenn, the track explores the potentially all too familiar situation when someone else’s actions can turn you into someone you’re not. The track also features a rap verse from fellow HITCO artist Rubi Rose and is Dixie’s most authentic release to date.

Speaking about the song, Dixie stated: “I wanted ‘Psycho’ to tell a story about how someone else’s actions can make a normal person act completely out of character. I love how my co-writers Claire, Peter, Cooper and I were able to channel this emotion into a song that I know so many can relate to and feel more together and empowered even, instead of feeling embarrassed.”

GRAMMY® Award Winner and HITCO Co-Founder LA Reid added: “The chemistry between Dixie and Rubi is undeniable. ‘Psycho’ represents what happens when two dynamic female stars from their own lanes come together and make a real statement record. I know their fans are going to go crazy for it!”.

‘Psycho’ marks Dixie’s first release as a co-writer and it’s something she’s keen to continue pursuing. “Since entering the studio for the first time to record music, I’ve always gravitated to songs and lyrics that had a deeper meaning to me, so I knew from early on that I wanted to have a deeper role in the writing process,” Dixie said. “As I continue to release new music and express myself in ways that are still new to me, I want to make sure it comes from the heart”.

The track follows on from Dixie’s previous single ‘F*ckboy’, which hit number one on the Billboard Triller Chart (her third chart topper to date). She also has a string of singles under her belt including ‘Be Happy’, ‘One Whole Day’, and ‘Roommates’ which have amassed over 500 million global streams.

Alongside her music, Dixie is one of the top 10 most followed creators on TikTok and was named as one of YouTube’s Top 10 Breakout Creators. She’s also earned a place on the coveted Forbes 30 Under 30 List.

What do you think of ‘Psycho’? Let us know your thoughts on Dixie and Rubi Rose’s collaboration on Twitter @CelebMix