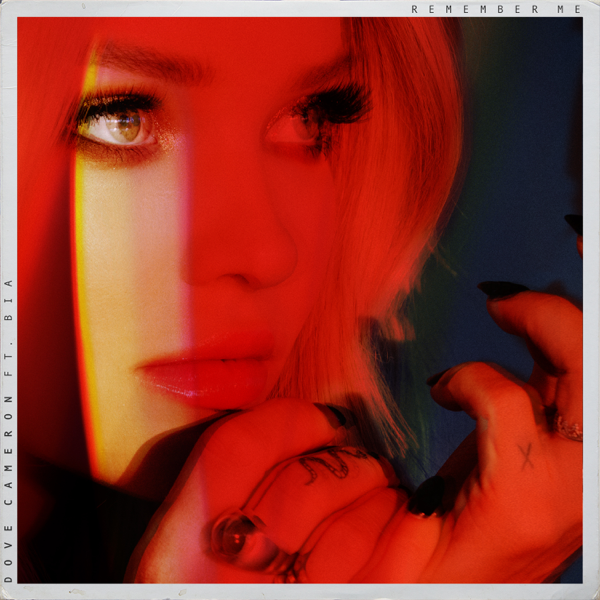 We have new music from Dove Cameron and we are loving it, the new single is titled “Remember Me” and features the US rapper, BIA. It follows up Dove Cameron’s single “Out Of Touch” as well as her Descendants 3 mash-up single with Zombies 3 titled “We Own the Night/Night Falls Mashup”, and it also follows up BIA’s single titled “COVER GIRL”.

Best known for her Disney roles as Mal in the Disney Descendants franchise and as twins, Liv and Maddie, in the Disney TV show of the same name, Dove Cameron has started down a career path in music and she has certainly excited us all with her releases. She’s gearing up to release a debut album, which we can’t wait for. She is also continuing with her acting career, having recently appeared as Ruby Hale in season five of Marvel’s Agents of S.H.I.E.L.D. and followed that up with starring as Cher Horowitz in the off-Broadway production of Clueless: The Musical and she also performed as Clara Johnson in the London theatre production of The Light In The Piazza.

Featuring on this track is BIA, real name Bianca Landrau, who is best known for being on the reality TV show, Sisterhood of Hip Hop, and later for featuring on J Balvin’s track “Safari” alongside Pharrell Williams and Sky. She’s certainly rising in the hip hop world, having collaborated with the likes of Kid Ink, YG, Victoria Monét, and Doja Cat. She’s certainly one to watch in the coming years – especially considering how she switches this track up perfectly.

According to Spotify, this song has been written by Alex Schwartz, Bianca Landrau, Dove Cameron, Joe Khajadourian, Madison Love, and Sean Douglas, whilst it has been produced by The Futuristics. An official lyric video was also released alongside the single, which has been animated by Cristobal Saez.

The song starts off hauntingly, showing off Dove Cameron’s mature side and the steps she’s been taking recently to shred her Disney persona – something many previous Disney stars have also done in the past. The chorus is more of a ghostly ballad whilst the verses feel like they belong to a more upbeat number, yet the two together work brilliantly. Dove Cameron’s beautiful voice transcends over the harmonious beat making it truly unforgettable and one song that will be stuck in your head for the rest of the day. BIA adds flavour when she jumps in for the third verse, making it stand out and pack a punch – bringing the listener back in to truly hear the lyrics which is all about being in love and asking the other person to remember them the way they are now, beautiful, care-free, and in love as all they know is that as time goes on things can get ugly. It’s a cute song wrapped around this horror-movie-esque backing track that is suggestive of the ugly things to come. The lyric video is simple with running clips of old films and old pageant shows.

“Remember Me” by Dove Cameron feat. BIA is available to download and stream right now, via Disruptor Records / Columbia Records.

What do you make of Dove Cameron’s new single “Remember Me” featuring BIA? Let us know on Twitter @CelebMix.