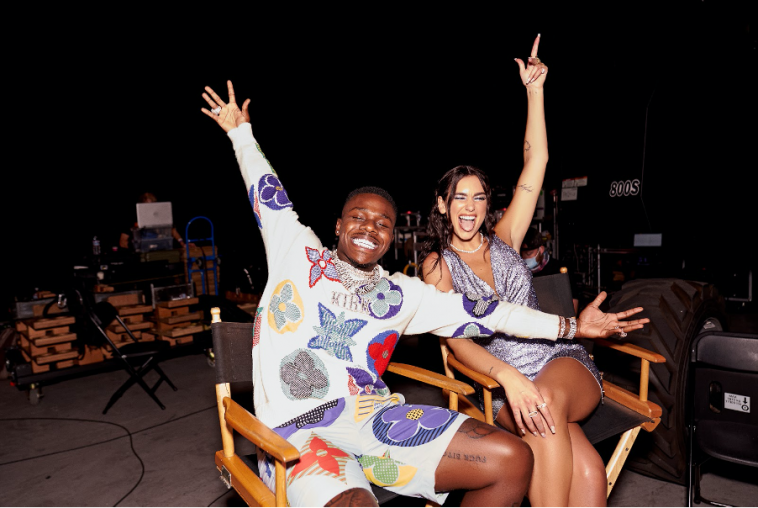 Produced by Koz and Stuart Price, ‘Levitating’ is a fan favourite from Dua’s album and the new remix doesn’t disappoint. Keeping its funk-laden vibe, Dua’s sass is complemented by a slick verse from Charlotte native DaBaby, who adds his own flare to the disco-infused track.

Alongside the remix, a new futuristic visual has also been unveiled. Directed by Warren Fu, the visual was brought to life via a unique, first of its kind partnership between Dua and TikTok. After asking TikTok users to create original content ideas for the video, 150,000 video submissions were sent in with over 300 million challenge views.

The video itself features crowdsourced ideas including stunning make up looks and original dance routines. Inspired by the Studio 54 aesthetic and disco era, Dua is transported to an elevator of illuminated disco lights, partying and even roller girls discovered on TikTok!

Check out the music video for ‘Levitating’ below.

‘Levitating’ is the latest single to be taken from Future Nostalgia, following on from ‘Don’t Start Now’, ‘Physical’ and ‘Break My Heart’. It also follows on from the complete Blessed Madonna remix album Club Future Nostalgia, which included a different remix of ‘Levitating’ featuring Madonna and Missy Elliott.

What do you think of Dua Lipa and DaBaby’s collaboration? Let us know on Twitter @CelebMix