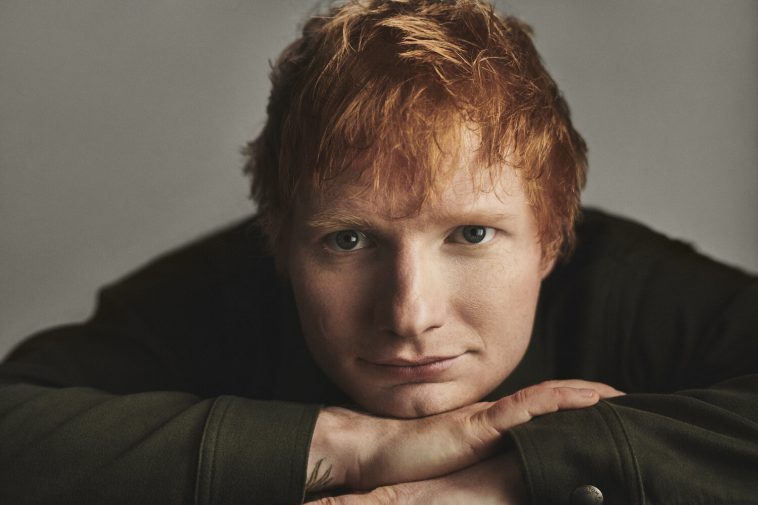 The 14-track album is the fourth instalment in Ed’s symbol album series and features songs which were created over a four year period. = sees the multi-award winning artist explore the varying degrees of love, loss, resilience, fatherhood and also processing his reality and career.

The album includes the perviously released ‘Bad Habits’, ‘Shivers’ and ‘Visiting Hours’, whilst Ed has also announced that ‘Overpass Graffiti’ is the latest official single. Alongside the album, Ed has unveiled a music video for the new 80s inspired synth-heavy single. Directed by Jason Koenig, the visual explores the romanticism of living in the moment with a dressing gown-clad Ed stranded in a desert before hitching a ride and embarking on an adventure with new friends.

Since making his comeback earlier this year, Ed Sheeran has spent a staggering 15 weeks at the top of the Official Singles Chart thanks to ‘Bad Habits’ and ‘Shivers’. He also recently became the first British Solo Artist to claim 52 weeks (a full year) at number once. At present, only Elvis Presley and The Beatles have spent more weeks at the top spot.

Next year, Ed will be embarking on the first leg of his ‘+ – = ÷ x Tour’ (pronounced ‘The Mathematics Tour’), with shows currently announced for the UK, Ireland, Scandinavia and Central Europe. This includes a huge five nights at Wembley Stadium, four nights at Manchester’s Etihad Stadium and three nights at Cardiff’s Principality Stadium.

If you can’t wait until then to see him perform, Ed will be playing a special Christmas gig, ‘Ed Sheeran’s Merry Christmas Gathering in aid of Ed Sheeran Suffolk Music Foundation’, at St John at Hackney Church on December 13. To be in with a chance to buy tickets, fans will need to purchase Ed’s new album through his official store before 4pm BST on Wednesday November. 2 Unique codes will be sent via email to everyone eligible on Monday November 8, with general sale commencing on Friday November 12.

Are you loving the new album from Ed Sheeran? Let us know your thoughts on Twitter @CelebMix