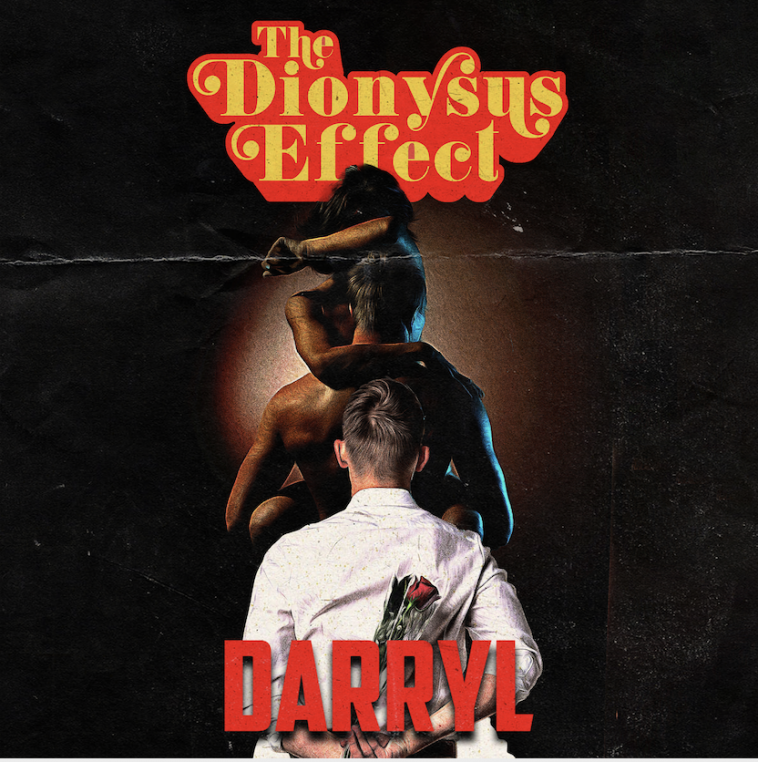 New York based rock trio The Dionysus Effect has returned with their second single, “Darryl”. The band, who has two professional authors as members, released “Darryl” as a tribute to the bestselling book which received big nods from NPR, The Atlantic, The Observer, among many others. The book was released under CLASH Books publishing alongside lead singer and bassist, Christoph Paul.

In “Darryl”, the storyline is delightfully twisted and slightly obscene, as it follows the story of a man who likes to watch other men – “better” men – have sex with his wife. According to Christoph, “I love juxtapositions, so having this hyper-masculine rock song about a cuckold who feels most alive when someone sleeps with his wife felt like a fun and interesting rock song to do. Rock n roll is so much about assertive masculine energy, so this song kind of flips that on its head. I wanted to create something fun with some edge similar to the book by Jackie Ess that I was lucky to edit and publish with CLASH Books. Artists get inspired by their day jobs all the time, and editing ‘Darryl’ got me hyped to write a song that celebrates the cult-novel and its legendary titular character.” Diving headfirst into hard rock territory, the daring song features sinister vocals, powerful guitar, and blistering heavy rock energy that is delivered with an infectious bite.

The Dionysus Effect was formed over the pandemic by members Christoph Paul (vocals, bass), Sean Quinn Hanley (guitar), and Brett Petersen (drums). Their mutual love of rock n’ roll led them to start a late 90s early 00s rock revival. Heavily inspired by grunge rock, dark-wave, and alt-rock, the band has an intricate thread of storytelling that runs through their songs, making them an exciting and interesting new act to follow.

Check out the ambitious new single “Darryl” from The Dionysus Effect: