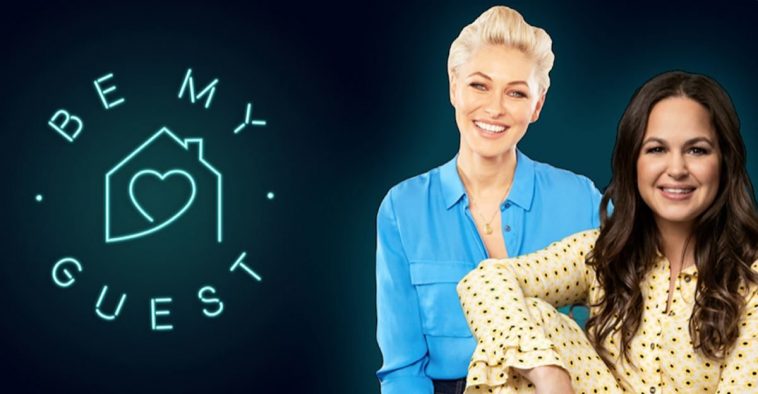 TV presenter Emma Willis and author Giovanna Fletcher have announced the ‘Be My Guest’ fundraiser, which will support four charities during the current COVID-19 pandemic.

By donating £5, fans will be in with the chance of winning a video call with some of their favourite celebrities. All monies raised will be donated to four incredible charities: Mind, The Trussell Trust, Refuge and NHS Charities Together.

There are currently three auctions available, and ‘Be My Guest’ are kicking things off in style by offering you the change to win a phone call with Spice Girl Mel C, singer and entertainer Olly Murs, and singer-songwriter Paloma Faith.

However, Emma and Giovanna have revealed that there will be many more celebrity auctions available in the near future. Not only are they married to Busted’s Matt Willis and McFly’s Tom Fletcher respectively, but they also have huge celebrity phonebooks which they plan to exhaust!

Speaking about why they decided to launch ‘Be My Guest’, Emma and Giovanna state on their website: “Since ‘lockdown’ began we’ve been feeling increasingly frustrated. Not because we can’t go out (to meet up for cake), see our families (for more cake), or have suddenly found ourselves knee deep in home schooling (we’d rather be eating cake), but simply because we’ve been clueless on what we can do to help those outside of our homes.

“Whilst we’ve each donated money to various charities, praised key workers, clapped every Thursday night and stayed connected to people who might be feeling isolated and cut off, it still didn’t seem enough and that’s how ‘Be My Guest’ was born.”

Each entry to the fundraiser costs £5 and you can enter as many times as you wish. Draws will run until Tuesday, with winners being notified via email on Wednesday as well as being publicly announced via the fundraiser’s official Instagram account.

Find out more about ‘Be My Guest’ here.

What do you think of Emma Willis and Giovanna Fletcher’s charity venture? Who would you like to see be up for auction on ‘Be My Guest’? Let us know on Twitter @CelebMix