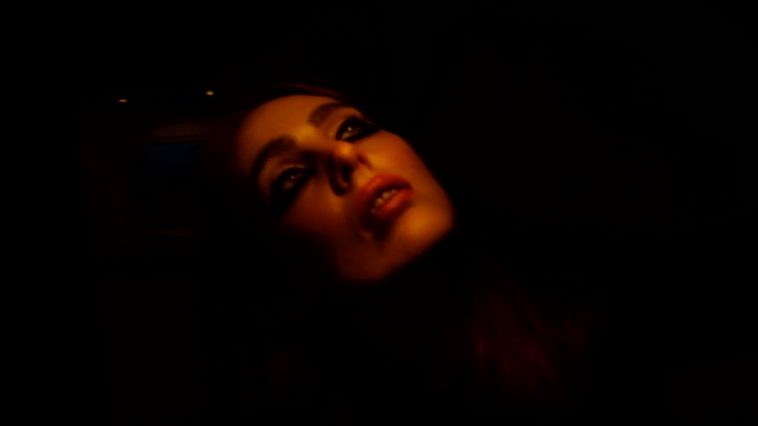 Inspired by a telepathic experience, the video, directed by EYECE, depicts Emmanuelle in the midst of a surreal realm discovered in the hallucinations between sleeplessness and desire, a demesne where she encounters her one true love.

Shifting, wild visuals give the video reckless dynamism and arcane energy as Emmanuelle, like Alice, enters the rabbit hole of deliria, searching frantically for the way to her lover. With pointed, fairy-Esque ears and clutching a bouquet of flowers, she travels a labyrinthine route, seeking her goal.

While growing up in Stockholm, Sweden, Emmanuelle’s acting ability led to roles on stage and on screen. In NYC, she performed in off-Broadway productions, followed by moving to L.A. where she immersed herself in music, jamming with friends and transforming her poetry into captivating lyrics. After playing in post-punk and psych-rock bands, she began her solo career as Emmanuelle June, followed by performances with her band Whisper at celebrated venues including The Hotel Café and Moroccan Lounge.

With features in LA Weekly, Buzz Bands LA, and Louder Than War, Emmanuelle’s talent and creativity continue to generate buzz, marking her ascendance as an artist. Moreover, she’s a published writer, under several nom de plumes.