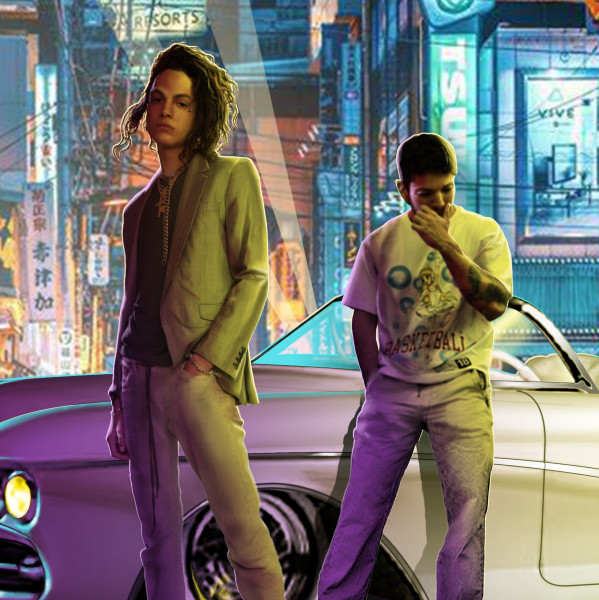 A few days ago, the ET Boys unleashed their debut single/music video, “Sober,” via Wake Up! Music. And it’s catchy as hell – an addictive earworm just right for going out with friends to paint the town red.

Although they’ve been around a while, the ET Boys refrained from releasing their music until they thought they were ready, an extraordinary act in today’s world, where most artists can’t wait to begin dropping their music.

A pair of brothers, Tacboy and Sharkeyes, make up ET Boys. Tacboy writes lyrics and provides vocals, while Sharkeyes handles the music. Mega-talented, not only does the twosome generate heady music, but Tacboy is a model with IMG, and Sharkeyes is a medical doctor.

The brothers grew up surrounded by music, dancers, and musicians. Their mother is house vocalist Pepper Gomez, who founded Wake Up! Music, hangs with luminaries of the music world, and has bands like Ra and A Killer’s Confession on her label’s roster.

In an interview with The Young Folks, Tacboy talked about “Sober’s” genesis. “I must have made that song like two years ago. Most of my music from that era was about my girlfriend at the time. She was the first girl I loved but I definitely didn’t treat her like I did. I had just gotten signed to IMG and it went to my head a little bit. I made a lot of mistakes and kind of walked all over her.”

Their sound roves through melodic hip-hop, EDM, pop, synthwave, trap, and pop-rock into electrifying sonic concoctions, conjuring up the infectious rhythmic energy and wickedly alluring impetus of songs such as Michael Jackson’s “Thriller” and Carly Rae Jepsen’s “Call Me Maybe.”

The video, directed by Domonick Giorgianni, begins with a stunning aerial shot of Miami, and then shifts to Tacboy waking from a night of indulgence, followed by visuals depicting his nightly hedonistic pursuits as he searches for escape.

ET Boys have it going on! “Sober” pumps out a relentless, seductive rhythm, luring listeners in to be spellbound by Tacboy’s swanky voice.