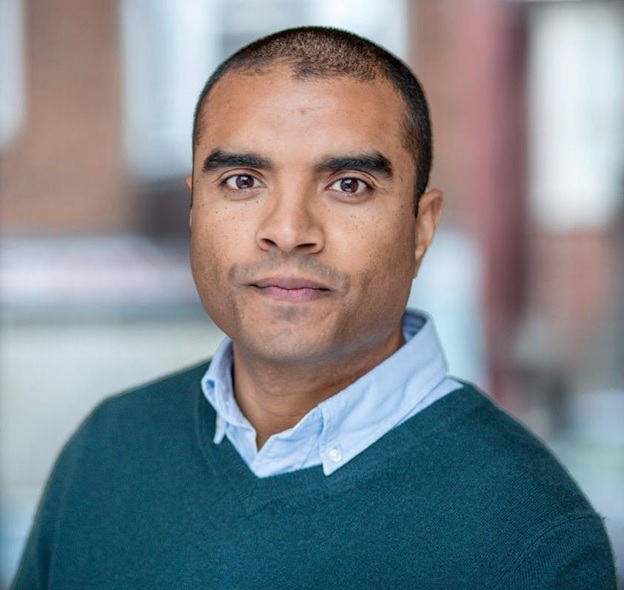 Career switches are tough, and there is no doubt about that. Be it at the beginning of the career, mid, or the end, switching from a known place to working in a new environment, the journey is challenging. Even though the change is not easy, it is exciting as one gets to explore a new version of themselves and do something that interests them. Christopher Dines is one personality who has changed his career not once but twice and is an example for those who wish to do this.

It’s always the basics that help one learn about one’s personality. So, to know more about this multi-talented personality, let’s first start with his early life. Dines was born on 19 August 1983 and brought up in London Borough of Harrow, northwest London, England. He completed his education at Stanborough independent primary school in Watford and Pinner Park middle school in Harrow. He then enrolled at the Nower Hill high school in Pinner and left at fifteen. As an adult, he has been mentored and tutored by accomplished personalities such as Professor Piers Bursill-Hall, Professor Terry Grundy, and James Alexander. Learning from these professionals, Dines, who is of English-Irish and Kenyan descent, excelled in many of his career decisions and intellectual development.

Choosing the Music industry as his professional debut

Singing and creating music is often seen as a hobby, and very few are capable of turning this hobby into a career. Christopher Dines was passionate about music since his early days. He started DJ’ing in 1994 and played American garage, English and Italo deep house, hip-hop, jungle, drum and bass, and techno. Not only was he passionate, but he was also serious with it too, and music is the reason why he dropped out of high school. Having no support or link in the industry, Dines was aware he would have to step up for himself.

Dines started DJ’ing at fifteen on London’s underground dance music pirate radio station, 103.6 Flex FM in the late-1990s. He DJ’ed under the pseudonym Chris Lopez and Kris Lopez; he was able to perform at different venues such as City Loud at Turnmills, Ministry of Sound, Defected in The House at Pacha, London Fashion Week, Paul “Trouble” Anderson’s Loft, Hippodrome nightclub and Garage City to name but a few. Christopher gained a ton of exposure while working in this field and found his way to underground electronic dance music.

All that glitters is not gold; this actually held true in Dines’ case. As he immersed himself into the music industry, the excessive partying and bad influences got to him. He went through a tough phase struggling with drugs and alcohol but finally sobered up aged twenty-one. He took a break from his routine and diverted his attention towards emotional healing and self-worth. He realized that he had been unproductive, which was affecting his career. Christopher then mustered up some courage and took a bold step of launching an underground deep house record label. Of course, he could not do it alone, so he co-founded and named this venture SuCasa Beats. During his tenure at the music label, he signed some of the best talents and helped them strengthen their grounds in the music industry. He signed Afro Medusa, Marlon D (Defected Records), Steal Vybe (Vega Records), Pablo Martinez (King Street Sounds), Andy Daniel (Defected Records), Samba La Casa, Splash, and Onxy (Soul2Soul).

A growing interest IN Self awareness

2006 was the year when Christopher Dines felt a shift in his interests. Although music was his passion, he wanted to give it a break and try something new. He retired from creating and mixing beats and dived into the world of motivational talks and mindfulness retreats.

Just like Christopher flourished in music, it took him less time to grip on the basics in this area. The dark part of his life, where he was indulged in drug and alcohol addictions, taught him a lot. Self-discipline and self-realization were things that helped him sober up. Dines wanted to share his journey with others and started penning down his experiences. He has to date published eight books emphasizing on emotional-wellbeing and stress reduction. His most recent three books Super Self-Care, Drug Addiction Recovery, and The Kindness Habit, revolved around addiction-codependency, and how to deal with it. He has been invited to speak at corporate events on previous books published, Mindfulness Burnout Prevention (MBP) and Mindfulness Meditation. Christopher has finished writing his debut historical novel set in Manhattan, New York, in the mid to late 1980s.

Christopher’s books depict a clear progression of his character. From being addicted to cleaning up to walking on the path of enlightening others, it is truly commendable.

As years passed by, Christopher Dines realized that he could, in fact, improve the lives of young people. These thoughts led him to take on an ambassadorial role with Project Eileen. This is a charity-based organization in Brighton and Hove City, England. Project Eileen helps young people address death and grief. Dines’ contribution to this charity organization has helped him gain a perspective on various mental health problems people silently deal with daily.

Clearly, made for greater things in life, Christopher Dines is an example for those who fear changing their careers. His journey encourages them to take the plunge and enjoy what life has to offer them.