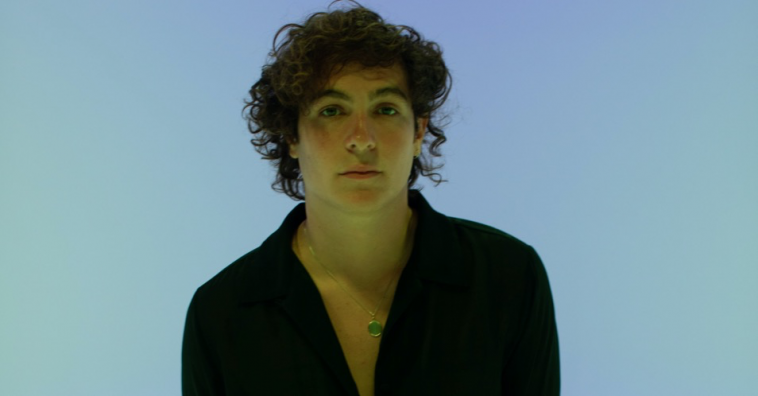 We’ve been fans of Julian Lamadrid for a long time here at CelebMix since before he released his first album Mala Noche in 2019. So it was great to recently catch up with him and discuss his latest track, the upbeat and dancetastic 15 Minutes which is one that will get you in the mood to dance and enjoy freedom again when covid restrictions begin to lift.

Anyone who is familiar with Julian on social media, will know he’s not one to shy away from saying what he feels, A topic he regular speaks about is pop music and his thoughts on it. 15 Minutes is essentially him using his talent as an artist to further speak up about what he believes in and is passionate about.

“15 Minutes was basically me going I don’t like the state of modern pop music so I better do something about it. Pull on my boot straps and go and try and make something better.”

“I tried to create a song that bridges the gap between me as an artist and my personal taste. And that might have more universal and more accessible for a larger audience. So I was like ok. So for me, I usually write from an emotive and impulsive place and don’t really have to think about it. But for me, 15 Minutes was one of those songs where I’d stop and kind of strategically listen to Pop Music. Whether it be Prince, Abba, even Ed Sheeran. And listen to the music. A lot Daft Punk especially. And understand why a pop song works like it does. “

Julian is a true creative. Up until the age of 18 he lived in Dubai before moving to New York to study film making. A skill and passion he uses daily. He directed and starred in the video for his latest single 15 Minutes.

“I’ve directed all of my music videos. I studied film at NYU and I was always a massive cinephile. I’ve always loved film and so from the age of 15/16 when I started making music videos, I’ve enjoyed being both in front of and behind the camera and I have a very specific idea of what I think is beautiful. And collaborating with people sometimes that view doesn’t match up with theirs. I realised very early on in my career that there are moments I love to collaborate but when it comes to directly translating my music from the sonic to the visual it’s such a joyful experience. For me personally, as an artist, it’s so important to get that right and do it justice to my initial vision.”

“This video in particular was very difficult. As normally I just direct myself but this time I had a big cast and I wanted to do it one long shot or at least give the illusion of it. It was pretty hard as I was on stage singing and then the moment the camera would be off me I’d be shouting to the cast “alright stand up, camera, lights, turn” and then it would come to me again and I’d have to be dancing like a big popstar”.

“For me one of the purest and simplest emotions I have, is I enjoy dancing. A lot of people do. So I had this idea of this melody and I kind of just wanted to write a song about that moment. That Moment where you out at a bar and kind of just having a drink with friends and you’re like I just want to dance. So this kind of came out of that. I think people deserve to feel joy. We’ve been through a terrible tragic year and I want to write something that reflects joy and the innocence and purity of dance and being with friends.”

15 Minutes is out NOW. Julian will be releasing his second album later this year and hopefully plans to do more live shows when it’s safe to do so. You can follow him on Twitter and Instagram!