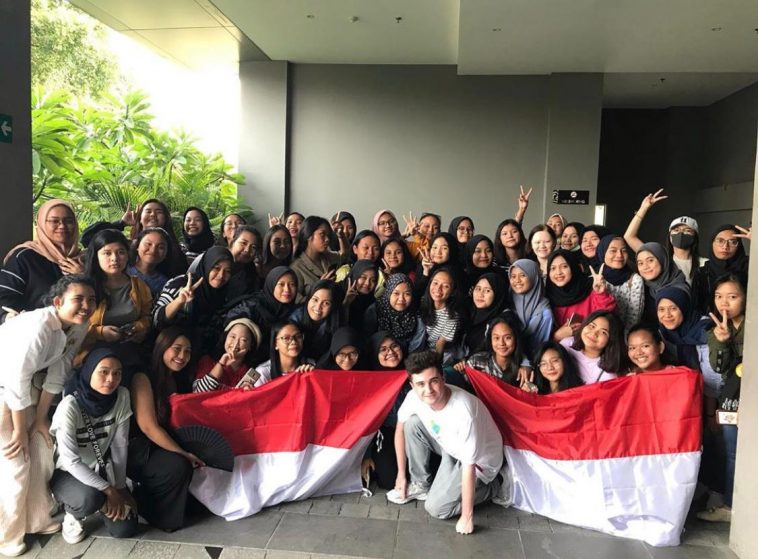 Earlier this month, social media sensation JJ Hannon flew across the globe to meet fans in Indonesia as he readies exciting new material.

Growing his following on social media platforms such as Instagram and TikTok, over 1.8 million fans tuning in across the two, JJ Hannon is an online name with an ever-growing fanbase.

Following big sets States-side to kick-off 2020, the 18-year-old jetted to Indonesia to reunite with fans in a continent far from his home country. With a free meet-and-greet set up for March 14th at the Pondok Indah Mall, the singer’s followers began sharing their excitement online in the weeks proceeding.

Sadly, recent global events led to the meet-and-greet being canceled, although Team Hannon weren’t going to let the news dampen their spirits as many turned up to the star’s hotel to bid him goodbye:

“It was amazing getting to see my Indonesian fans for the first time, I know how long they have waited!”

“I promise to return to Indonesia and Asia very soon, as soon as everything is safe!”

No stranger to these levels of support, last summer Hannon spoke to CelebMix about his excitement of meeting fans worldwide:

“I often get greeted by many fans at airports – I’ve been a lot of places and one of the hardest but coolest things is breaking the language barrier!”

Despite recent cancellations, including a visit to the United Kingdom for Liverpool’s Pop Live 2020, there’s plenty in the works for JJ Hannon with new music on the way and future tour dates as soon as possible.

Are you a member of Team Hannon? Excited for new JJ Hannon music? Let us know @CelebMix on Twitter.