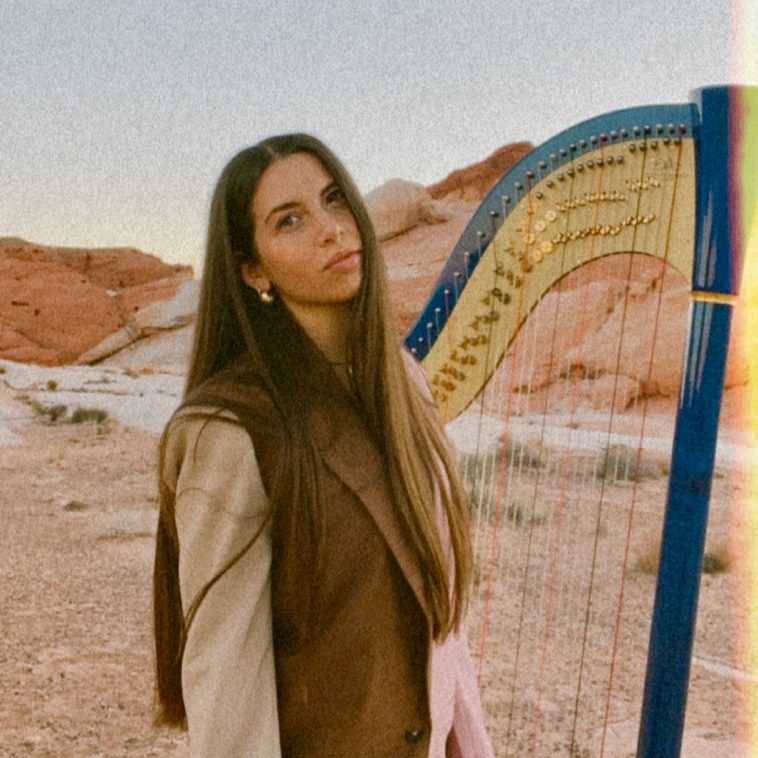 Harpist, composer and electronic artist Lara Somogyi wows in this exclusive performance video for her second single ||basis|| // off her upcoming album !’ (pronounced exclamation), which will be released in August.

Lara Somogyi is a graduate of the Royal Academy of music. Her ongoing mission is to challenge any traditional preconceptions of the harp.

The release of ‘!’ revolves around further hyper-creative deviations from traditional harp techniques including a bow. in one instance, Lara used a milk frother and even blu tac to create unusual, shape-shifting sounds.

Lara’s previous features include her collaboration on Bonobo’s Fragments album (her efforts on the album were even described as vital), Hans Zimmer’s The Lion King, Netflix’s Bridgeton, and Blue Planet II by Hans Zimmer & Jacob Shea.

You can listen to her music here!