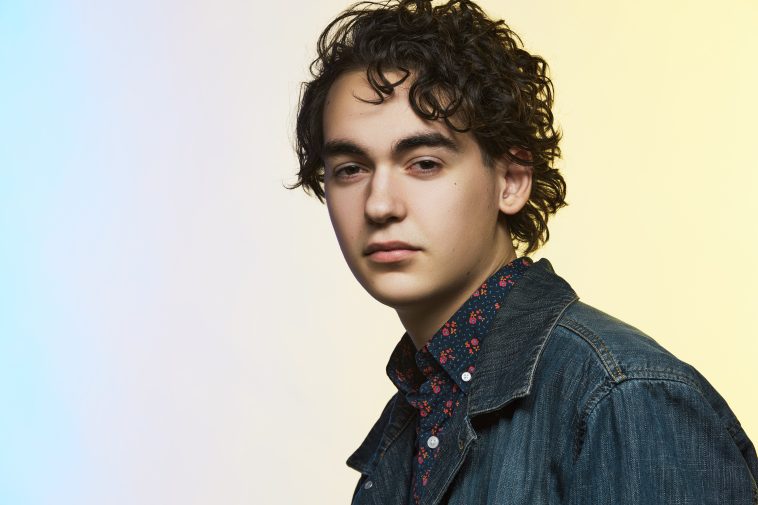 Alex Angelo has returned with his latest single release “One Less Night” a pop track that is not only catchy, but also showcases the songwriting talents and vocal abilities of this rising performer – who is also currently studying at University of Cincinnati in Ohio.

It is the singer’s sixth single release this year, with the aim to put out a new track every three weeks.

Here at CelebMix, we got to talk to Alex a bit more about the new single as well as his music plans going forward…

What is your latest single, “One Less Night” lyrically about?

“‘One Less Night’ is the latest of my releases that has a central theme of feeling alone, and missing someone. Right now, we are forced to be away from some of the people that we are very close to.”

What inspired the composition behind the track?

“Great question.  I usually build the song around chords, and the mood of the song.  I try and create a composition that fits, and I am proud of how this one turned out.”

Is “One Less Night” an indication of what we could expect your future singles to sound like?”

“I think so, and it also kinda connects to the other things I have been dropping. I want to release music that people will connect with emotionally, and this song fits the isolated feeling that people are experiencing.

“I have all kinds of new songs that I am planning on releasing soon, and they will sound very different from ‘One Less Night’. I like experimenting and showing my versatility as an artist.”

You’ve been releasing new singles every three weeks. Do you have plans to compile these releases into one album or an EP?

“Maybe. I initially had an idea of doing these in ‘threes’ and I was going to call them ‘3Ps’  – and have similar sounding songs on sets of three, and it’s kinda worked out that way. I don’t really have a plan of doing an album right now.

“I just wanna keep dropping a new song every three weeks and see how this continues to build. I like taking people along for the ride. People are finding me with every release, then going back to hear the other releases from this year.

“It’s very fun to see them ‘hop on this moving train’.   People are then feeling proud of jumping on during a certain time, and getting excited for what is next.  It’s a fun rollout that we are creating.”

What’s it been like to release so much new music while most stay at home during the coronavirus pandemic?

“I love it. It actually keeps me busy. I think it’s giving people something to look forward to as well. I obviously planned this before the pandemic, but since I am able to finish a lot of this myself, I am able to keep the train moving.”

What’s been your favourite song you’ve put out thus far?

“Ahhhhhh. I hate this question, and I usually say the last one that I released because my goal is to ALWAYS make my latest song my best yet.  I don’t want to drop a new song until I feel like it’s better than my last.  If it’s not, then I shouldn’t put it out.”

How does it feel to be a university student while also focusing on your music career simultaneously?

“It’s very new to me, but I have always been in school during my music career.  I went to a challenging high school that in many ways was more demanding than college. So it’s kinda been a lil easier because I find college a bit more flexible.  It’s also kinda cool because in high school, people knew what I was doing.

“In college, people don’t know that I have this music career (for the most part). So I am much more “Peter Parker” while I am in college.  I am actually taking some summer courses online right now.  I am currently in Nashville working on music, and I was in the studio for about 10 hours today. After I am done talking to you, I need to go take a test online!

“It’s all about juggling and multi-tasking.  If the music blows up more, I have no problem putting school on hold. But until I am forced to do that, I will continue to work towards my degree.”

“Michael Jackson, Kanye, Pharrell, Childish Gambino – those are some.  I listen to a lot of different kinds of music.”

“I think Kanye. I would love to create something with him that has just never been done before.  When I hear a Kanye record, at first I think it’s crazy.  But then, after a couple listens, I hear the genius. That is so inspirational.”

“I will answer with albums – I really think all the new Dua Lipa stuff is awesome, The Weeknd, and Harry Styles.  They are in heavy rotation right now in my house. Love it.”

Are you looking forward to touring once it is safe enough to do so?

“Of course. I love performing, and as long as the audience can be safe, I cannot wait.”

“Just thank you. I have been meeting so many new fans during this time. I set up a texting number to communicate with fans and feel closer to them. I have been playing along with them online more than ever before. I try so hard to connect with them because I appreciate them so much.

“I thank them for finding me, and I thank those who have been with me for a long time on my journey. I am working hard for them to make them proud. I have the greatest bond with them.”

We also want to thank Alex for taking the time out to talk to us!

“One Less Night” is out now, and you can listen to it below:

Make sure you follow Alex on social media to keep up with his music career: